A potentially suspicious fire at an air traffic control center about 40 miles from downtown Chicago is causing massive delays at O’Hare International, Midway and other airports across the country Friday morning. Looking at a screenshot of air traffic, it looks like aircraft were trying to avoid a black hole right over Chicago — and in a way, they were, as a ground stop Friday morning meant not much was able to fly in or out of Chicago-area airfields.

A TIME reporter at Chicago O’Hare International Airport Friday said that flights which had been diverted to nearby airports began trickling into Chicago by mid-morning. The incoming aircraft were forced to fly at 10,000 feet, so they could be tracked by local radar, according to the reporter’s pilot. At O’Hare, travelers queued at every gate hoping to make it out on the handful of flights still scheduled to depart.

But how can a fire nowhere near an airport cause this much disruption to the national airspace?

The facility in question, which had to be evacuated, isn’t a control tower like ones you find at most airports. Instead, it’s an Air Route Traffic Control Center, or ARTCC. The center’s job is to control aircraft that are flying high above the country and in-between other air traffic controllers’ zones of responsibility. Air traffic control is a little like playing hot potato: From takeoff to touchdown, commercial aircraft typically get passed around from controller to controller — and facility to facility — as they make it to their final destination. The typical list of controllers a commercial pilot might talk to on any given flight might look like this: Clearance (for getting instructions about air routes before the flight), Ground (for taxiing around the airport), Tower (for takeoff clearance), ARTCC (for flying between airports), TRACON (for approaching airports) and then Tower again.

Not every flight will follow this precise order. Many airports don’t have regional TRACONs, for example, and most small airfields — the kind where you’d mostly find recreational pilots — don’t have controllers of any kind, instead relying on pilots’ ability to stay aware of one another’s location via a common radio frequency.

The Aurora, Ill. control center affected by the fire, one of 22 such centers across the country, is responsible for high-altitude air traffic for a good chunk of airspace above the central northwest. Here’s a cartoonish map from the Federal Aviation Administration (the Aurora center is represented by the light brown-shaded zone over Chicago):

This map pretty clearly shows why the Aurora fire messed up flights in and out of Chicago: Any major airports in that zone are going to be affected by a problem in Aurora. The FAA can offload some tasks normally handed by Aurora to other area ARTCCs, but that’s a bandaid more than a proper fix.

And the Aurora problems will probably cause air travel headaches for the rest of Friday, too. The air traffic control system is a network, and a major problem in one part of the network will cause issues elsewhere, too. On top of that, commercial airlines depend on their aircraft being in certain places in certain times: Your flight from New York to Florida, a course that shouldn’t take you anywhere near Chicago, could be affected today because your plane was coming in from O’Hare. Or, at least, it was supposed to. Four hours ago. Good luck, travelers!

–With reporting from Jay Newton-Small 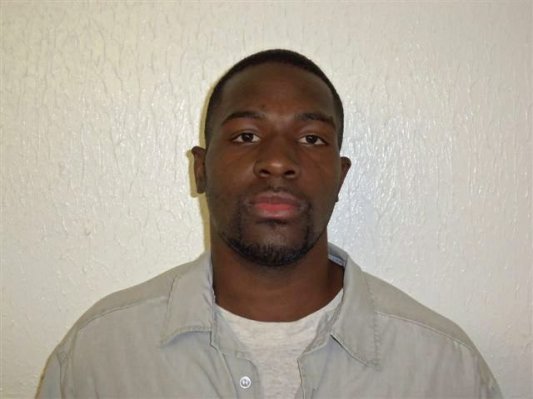 Woman Beheaded in Oklahoma During Workplace Fight
Next Up: Editor's Pick