Casualty figures from explosions and their aftermath in China’s restive Xinjiang region last weekend have been increased from two dead to about 50 dead, with some 50 injured, according to state media’s reporting of official figures on Friday.

The unverified numbers are a significant and belated revision to the authorities’ claim five days ago that two people had died in the unrest, the BBC reports.

State media now report that six people died on Sunday in what are described as terrorist bombings at two police stations, a market and a shop in southwestern Xinjiang, the BBC says.

Radio Free Asia, which has Uighur reporters, gave different statistics, saying that about a dozen people were killed and 100 more injured in bomb blasts at three locations. Its report said the injured included 20 police officers.

Xinjiang – home to Turkic-speaking Muslim Uighurs — has become a hotbed of violence over the past year, with some 200 people dead in clashes there.

Beijing has blamed foreign-trained terrorist groups for the attacks, but human-rights observers put the responsibility for the escalating bloodshed on the central government, saying its discriminatory policies against Uighurs are fanning resentment in the region.

Earlier this week, a Chinese court sentenced a leading academic voice for Uighur rights, Ilham Tohti, to life in prison — a harsh sentence that appeared to signal China’s determination to crush even moderate dissent in its western region.

Some observers, however, say the widely condemned sentence will do just the opposite, silencing an influential and peaceful voice for reform and, in stoking outrage in Xinjiang, herald even more violence. 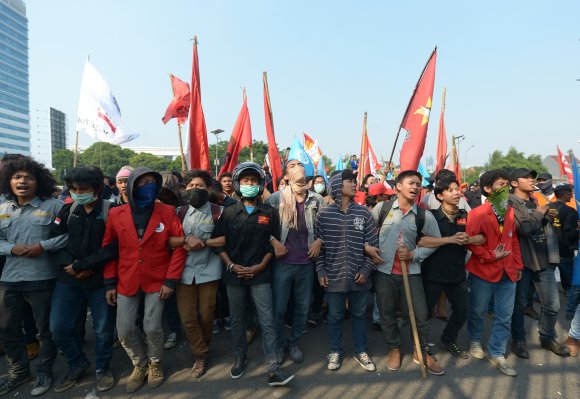