A Syrian woman has secretly filmed what life is like in the town of Raqqa, in northern Syria, which is under the control of the Islamic State of Iraq and Greater Syria (ISIS).

The woman, a student, walks through the streets recording the daily life of local residents and ISIS militants with a hidden camera under her niqab, reports France 24.

Filmed between February and April this year, the footage was first broadcast on France 2 and translated into English by France 24.

The filmmaker, whose identity has not been revealed, walks past many men with guns but not all are ISIS militants. One woman dressed head to foot in a black niqab can be seen taking her son to a playground, an AK-47 slung over her shoulder.

At one point the filmmaker is stopped by a man in a car and told to cover her face properly. “You have to behave better when you are in public,” he says. “You have to pay attention by covering up. God loves women who are covered.”

Later she walks into an Internet café and overhears a French woman speaking to her relatives back home, reports France 24.

“I don’t want to come back because I feel good here,” says the woman, “I didn’t take the risk of coming here just so I could come back to France.”

She then tells her mother to stop crying and claims that life is not what is portrayed on TV. “There’s no point to you crying or being scared. What you see on TV is wrong, do you understand? They exaggerate everything on TV.”

An estimated 150 French women have left France and are living in Syria; many left to get married or join their militant husbands fighting in the country, reports France 24. 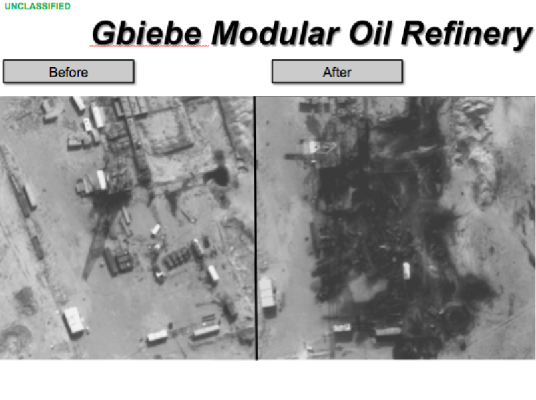 The New U.S. War Against Oil, Not for It
Next Up: Editor's Pick