One of Steve Ballmer’s first acts as owner of the Los Angeles Clippers might be to do away with the team’s iPads.

In an interview with Reuters on his plans for the NBA franchise he bought for $2 billion a few months ago, the former Microsoft CEO revealed that the fate of all the Apple devices used by the team’s staff was one of the first things head coach Doc Rivers brought up.

“It’s one of the first things he said to me: ‘We are probably going to get rid of these iPads, aren’t we?’ And I said, ‘Yeah, we probably are.’ But I promised we would do it during the off-season,” Ballmer said.

Not surprising, considering that Ballmer was the CEO of Apple’s major competitor for 14 years and is still the company’s largest individual shareholder. In fact, his loyalty to his old company is so strong that no one in his family is allowed to use an iPhone. So why should his team be any different?

“Most of the Clippers are on Windows, some of the players and coaches are not,” he told Reuters.

If the ban goes ahead, any iPads the team uses for courtside strategy will most likely be replaced by Microsoft’s Surface tablets.

The Clippers, under Ballmer’s ownership, will hope to emerge from the shadow of their former owner Donald Sterling, who was banned from the NBA and forced to sell his team earlier this year after racist comments he made to his then girlfriend became public. 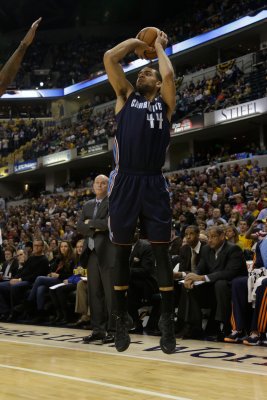