The skill is proving useful to investigators looking for devices containing, for instance, child pornography or fraudulent documents.

Black Labrador Selma and golden Labrador Thoreau underwent months of training to be able to sniff out laptops, digital cameras, flash drives and even memory cards. The dogs were trained to detect the scent of a particular chemical common to all these devices on people’s hands, clothes, metal boxes and even concrete blocks.

The chemical, which police have declined to name, was identified by forensic-science veteran Jack Hubball, who in 1986 isolated a flame accelerant present in cases of arson that could be detected by dogs. He later helped train canines to sniff out narcotics and bombs.

In his latest work, Hubball took apart circuit boards, hard disks and flash drives and tested each component individually to pinpoint the chemical they shared.

Detective George Jupin of the Connecticut State Police Computer Crimes Unit, who is Selma’s handler, told Bloomberg that the animal had assisted in over 50 search warrants since starting in October 2013. Selma has found child pornography, falsified documents and stored software that was used to help identify firearms in a homicide case. 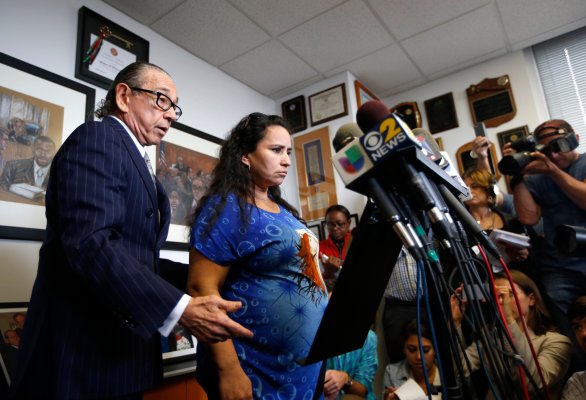 NYPD Shoves Pregnant Woman in Video
Next Up: Editor's Pick