A member of the media inspects the new iPhone 6 during an Apple special event in Cupertino, Calif., on Sept. 9, 2014
Justin Sullivan—Getty Images
By Sam Frizell

Apple released an update to its iOS 8 late Thursday that it says will fix the numerous bugs with the original operating system.

The iOS 8 had a number of serious issues, and users widely reported an iOS 8.0.1 connectivity issue that caused dropped calls on their cellular network, affecting primarily iPhone 6 and iPhone 6 Plus users. The update also disabled the Touch ID function, which allows people to unlock their phones with fingerprints.

Apple’s widely anticipated iOS 8.0.2 fixes connectivity issues, repairs a bug so that the touted HealthKit apps can be made available on the App Store, among other glitch fixes.

Check out the full list of bug fixes below: 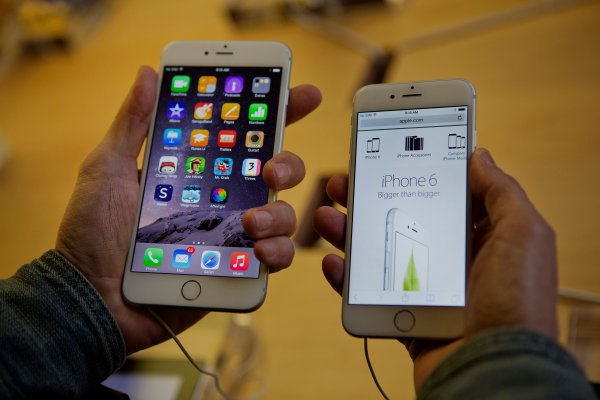