5 Things Every Millennial Should Know About Retirement

In this week’s TIME, I, an employed barely 24-year-old with little to no reason for confidence about my future, stare down my sunset years, exploring the world of retirement today and envisioning what it might look like 40 years from now. But I’m told millennials dig lists. So here’s what I learned.

Read the full story in this week’s magazine.

1. Every little bit of savings counts. It helps to build a nest egg. A 2010 study from the Center for Retirement Research says 53 percent of American households are at risk of losing their standard of living upon retirement; in 1989 only 30 percent of households faced such a predicament. Alexa von Tobel, the CEO of Learnvest, a firm which offers financial-planning services to the masses says you should get insurance and keep your debt down. Max out your 401(k) match, if your employer offers one, in your youth. Start an IRA. Cut out that extra coffee. It’s harder to save for retirement when you’re playing catch-up, and you never know what sort of harm could one day befoul you. She says, “Most of us work with our brains now. But how do you know you’re not going to have a brain injury, or something else happen? We just don’t know…We see all kinds of really great people that just didn’t know that something could happen.”

2. Choose your career wisely, then get lucky. And have an exit strategy. John Arnold, the energy trader turned philanthropist, managed to leave his job at 38, and with a spot on the Forbes 400 to boot. (He earned $1.5 billion at Centaurus Advisors in 2008; FORTUNE called him then “The Wunderkind Gas Trader.”) He does realize that not everyone could reasonably expect to follow his path. In his career he nonetheless found generally applicable lessons. “I fell into this job out of college, and my plan was to go to business school,” he says. But then he found that natural-gas trading was the perfect career for him. His math and problem-solving skills pushed him to the top of a cutthroat field. And then there was the money. “The one thing that money does—it allows you to follow your heart rather than do a particular job,” he says.

3. We should expect to be healthy long past the age of 65. Social Security sets the full retirement age for our generation at 67 (those born between 1938 and 1959 reach full retirement age somewhere in between 65 and 67). According to Centers for Disease Control data from 2010, though, the average 65 year-old American has 19.1 more years to live. (That’s up more than five years from 1950.) And we can expect 13.9 of those years to be healthy ones. Ursula Staudinger, the director of Columbia’s Butler Aging Center, says that the proportion of healthy years is expected to continue increasing, as the gospel of good health spreads and prescription drugs improve. All of this is to say that many of us will not need to drop out of the work force at 65 or 67 or even in our 70s, unless we want to. Living over the long-term without the structure and engagement of employment has even been shown possibly to diminish cognitive and physical health, Staudinger says. With that in mind, why don’t businesses try sabbaticals that would increase in frequency with age? What about formal hours-tapering programs? What about a government program that would engage us in civic activity when we’re elderly? I fear otherwise we’ll spend all our time on the PlayStation 37.

4. Retirement is a modern invention. The supposedly sacrosanct institution originated in Germany in the 1880s, when Kaiser Wilhelm I posited that the state ought to care for citizens who couldn’t work due to old age or disability. Germany soon established a social insurance system, and 50 years later, the United States had its own. But the conditions facing seniors during the Great Depression—the best statistics available show that about half of seniors lived in poverty, and generally in rural settings—and the conditions facing German workers in the first several decades of industrialization have next to nothing to do with the conditions in which most aspiring retirees toil today. There’s no reason we need to apportion our leisure time this way, except for that it’s tradition.

5. All of our retirement theorizing might be rendered moot by the advent of brain emulations. Robin Hanson, a futurist and economics professor at George Mason University, forecasts that at some point in the next century human-level robots will appear. Researchers, he predicts, will make cell-by-cell copies of the brains of the 100 most productive humans and implant them in robots. Then the emulations could do much of the work once assigned to humans. I can’t wait. 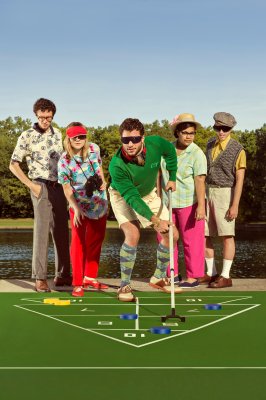 The Millennial Retirement Plan
Next Up: Editor's Pick