Google wasn’t the first major tech company to leave powerful conservative activist organization the American Legislative Exchange Council (ALEC) over its position on climate change, but it seems to have been the one that set the other dominoes falling.

After Google Executive Chairman Eric Schmidt said Monday that the company would no longer support the group, which opposes environmental regulations and has said climate change could be “beneficial,” Yahoo, Facebook and Yelp all issued statements indicating that, for unspecified reasons, their memberships in the group would be allowed to expire.

Microsoft had already quit the organization in August, according to the liberal group Common Cause which monitors ALEC, after a Boston-based investment group raised questions about the company’s support in light of ALEC’s opposition to federal renewable energy programs.

The group is known for creating model legislation that promotes free market and conservative policies, which it then works to pass in state legislatures around the country. On energy policies, it has sponsored initiatives to curb the authority of the Environmental Protection Agency and opposed federal programs aimed at increasing the production of energy from renewable sources.

It has been extraordinarily effective at getting legislation passed, particularly in the last several years, and has become a favorite target of progressive groups, much like the billionaire industrialist Koch brothers, who are themselves reputed to be major ALEC supporters. ALEC did not respond to multiple requests for comment from TIME. In response to news that Google would be pulling its support, ALEC CEO Lisa Nelson said in a statement, “It is unfortunate to learn Google has ended its membership in the American Legislative Exchange Council as a result of public pressure from left-leaning individuals and organizations who intentionally confuse free market policy perspectives for climate change denial.”

The most recent wave of departing Silicon Valley companies haven’t explained their decisions to leave ALEC, but the news comes after intense lobbying from liberal and environmental organizations. “We reevaluate our memberships on an annual basis, and are in that process now,” Facebook said in a statement. “While we have tried to work within ALEC to bring that organization closer to our view on some key issues, like net neutrality, it seems unlikely that we will make sufficient progress and so will be unlikely to renew our membership in 2015.”

Similar spurts have happened in the past. According to records kept by ALEC watchdog The Center for Media and Democracy, in 2012 both Coca-Cola and Pepsi announced a parting of ways with ALEC. The same year McDonald’s announced it was revoking support for the group and Pepsi followed the next day with an announcement that it too had cut ties with the group.

The Guardian reported in 2013 that ALEC was facing a “funding crisis” following the departures of a number of member firms. 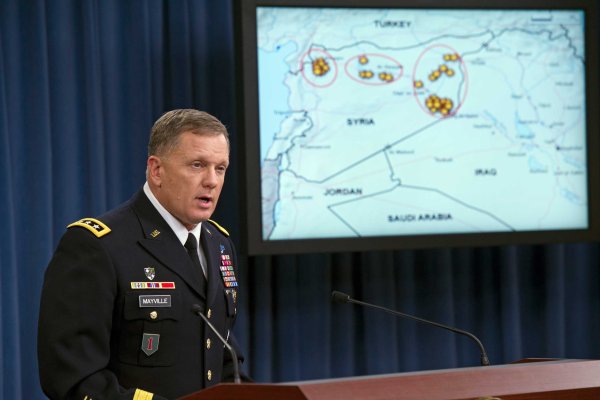 Behind the Newest Terror Threat
Next Up: Editor's Pick