A vehicle drives past a Burger King Worldwide Inc. restaurant in Peoria, Illinois, U.S., on Tuesday, Aug. 26, 2014. Burger King Worldwide Inc. agreed to acquire Tim Hortons Inc. for about C$12.5 billion ($11.4 billion) in a deal that creates the third-largest fast-food company and moves its headquarters to Canada.
Bloomberg—Bloomberg/Getty Images
Ideas
By Andrés Martinez
Andrés Martinez is editorial director of Zócalo Public Square, for which he writes the Trade Winds column.

The Obama administration is not living up to its promise to move the country away from an arrogant, unilateral approach to the world. And it has not embraced a more consensus-driven, multipolar vision that reflects the fact that America is not the sole player in the global sandbox.

No, I am not talking here about national security or counter-terrorism policy, but rather the telling issue of how governments think about money — specifically the money they are entitled to, as established by their tax policies.

The president and Jack Lew, his treasury secretary, have labeled companies that relocate overseas “unpatriotic.” This week the administration announced a series of executive actions meant to crack down on such relocations — legally known as “inversions” — when they entail folding a U.S. entity into an overseas holding company, often for tax purposes. Walgreens, the drugstore chain, recently backed down from a plan to pull off an inversion given the firestorm around the issue.

The political fight around these inversions have pitted profitable corporations (mostly pharmaceuticals) and their lobbyists against politicians and pundits lamenting the fact that some folks refuse to pay their “fair share” or to appreciate the benefits bestowed upon us all by our American citizenship. And we all know which side of that fight we’re supposed to be on.

But hold on. The political debate around this issue is — and I know this will come as a shock! — divorced from the real underlying problem. The inversions debate is less about greedy companies wanting to lower their taxes and more about the fact that ours is a country with an outdated tax code — one that reflects the worst go-it-alone, imperialistic, America-first impulses.

Most of the arguments around inversions, and most of the media coverage, are purely focused on tax rates. And that’s understandable. We’re used to squabbling about rates and, at 35 percent, America’s corporate income tax is among the highest in the world. So this story of unpatriotic companies is almost entirely told as a quest for lower rates elsewhere.

But the far more significant problem is old-fashioned Yankee imperialism. The United States persists in imposing its “worldwide taxation” system — as opposed to the “territorial” model embraced by most of the rest of the world.

Under a “territorial” tax system, the sovereign with jurisdiction over the economic activity is entitled to tax it. If you profit from doing business in France, you owe the French treasury taxes, regardless of whether you are a French, American, or Japanese multinational. Even the United States, conveniently, subscribes to this logical approach when it comes to foreign companies doing business here: Foreign companies pay Washington corporate taxes on the income made by their U.S. operations.

But under our worldwide tax system, Uncle Sam also taxes your income as an American citizen (or Apple’s or Coca-Cola’s) anywhere in the world. What confers jurisdiction in this case is not the location of the economic activity but your home base or residency, as a company or individual. So $100 made by Apple selling a device in Shanghai or Paris is the same to Uncle Sam as $100 made in Los Angeles.

Well, almost the same. The one difference is that the $100 profit Apple makes in another country is first taxed by that country, and only taxed by Washington when it is literally brought back home (“repatriated,” in tax lingo). At that time, Apple receives a credit for the taxes paid elsewhere (just like you get to deduct your state income taxes from your federal tax bill).

So, let’s assume Apple makes $100 in a country with a 15 percent corporate tax. Apple pays that country’s tax authority $15. Then, Apple must decide whether or not to keep the rest of its money overseas. Bringing that $85 back to the United States to invest in business here or return to shareholders would require Apple to pay an extra $20 tax to Uncle Sam. (Apple would owe $35 in U.S. taxes minus the $15 credit it would receive for taxes paid elsewhere on that income.)

This deferral in imposing a tax that shouldn’t be imposed in the first place gives us the worst of all possible worlds — in complexity, inefficiency, and disincentives to investing in America and its future. Defenders of the status quo and corporate critics like to point out that companies often don’t pay a full 35 percent rate on their global income because a hefty portion of their overseas profits remains trapped overseas. So they shouldn’t whine about the rate, the argument goes, as if companies relish these artificial hurdles to allocating resources where they are most needed.

Imagine you are a California-based widget manufacturer competing around the world against a Dutch widget manufacturer. You both do very well and compete aggressively in Latin America, and pay taxes on your income there. Trouble is, your Dutch competitor can reinvest those profits back in its home country without paying additional taxes, but you can’t. Alibaba, the Chinese online retailer that just floated its massive IPO in New York, may face a lot of challenges expanding beyond its Chinese market, but taxes certainly won’t be one of them. USA Today reported that the company’s effective tax rate is 11.9 percent, compared to more than 30 percent for Amazon. And, the Chinese company won’t be hounded by its Communist regime to pay taxes on money it makes outside China.

The big underlying conceptual problem is that our worldwide approach to taxation, dating back to the 1920s, is the tax code equivalent of gunboat diplomacy. It presupposes that America has jurisdiction over anything Americans do elsewhere, and that other countries don’t really matter. It presupposes that it is our government, and no other, that is responsible for creating the conditions for business to take place. This approach dates back to a time when it would have been unimaginable to think that iconic American multinationals could one day do more business in foreign lands than at home, or that they might face formidable foreign competitors (even within the U.S. market!).

A number of companies have moved their headquarters outside the United States because our tax code makes it so difficult to run a global business. But it was emblematic of our nationalistic hubris that Burger King was also denounced as “unpatriotic” recently when its merger with Canada’s Tim Horton’s was announced. The company’s relocation to Canada (hardly a dodgy, tax-evasion haven) makes sense given where the combined companies’ operations are, but in Washington this was just seen as another treason by inversion – because in our myopic worldview, other countries don’t matter.

Instead of attacking companies struggling to compete in the global marketplace, the Obama administration should work with Republicans to move to a territorial tax system. That’s even more important than fiddling with the actual rates, because it is what will level the playing field between U.S. companies and their foreign competitors. Both would pay the U.S. rate here, but not elsewhere.

If we modernize our tax system to reflect the realities of the global economy, we won’t just stop more American companies from leaving. We’d also be encouraging plenty of foreign companies to pull off inversions of their own, to America. We may not be the only country that matters (sorry, D.C.), but if we fix the tax code, we’d be about as good a place to do business as anywhere else on earth. 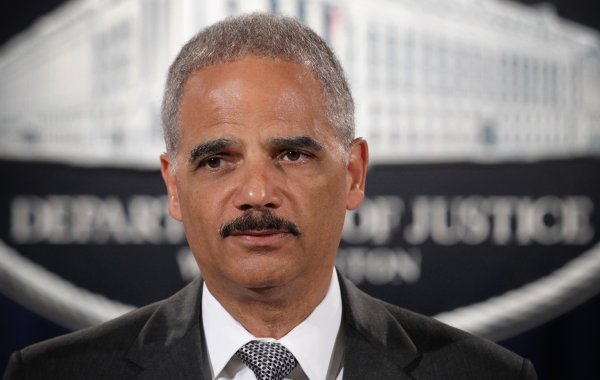