The most miserable year of Max Levchin’s life began in 2002, shortly after he sold off his ownership stake in PayPal to eBay for an estimated $34 million. “At the time, I had a fascination with the color yellow,” Levchin told TIME. He would arrive to work in a yellow car, wearing a yellow jumpsuit and hole up in his executive suite, blending in with the all-yellow office paraphernalia. His former direct reports, who numbered in the hundreds, shuffled past the door, “staring at me every morning,” he recalls, “as I would sort of mope around going, ‘My baby’s now been sold to a giant company’ while wearing a yellow clown suit.”

He was 27 years old, flush with cash and adrift in an ocean of downtime. If that sounds like your idea of heaven, then you’re no Levchin. “I literally — I think I started hearing voices,” he says. His girlfriend left him. He wrote 10,000 lines of code, a “minuscule amount,” he insists. His friend persuaded him to take a scenic drive along the Oregon coast. “We saw a lot of very beautiful places,” he says, “and I don’t remember any of it other than the fact that Oregon is a really messed up state, economically.”

Nothing could lift his spirits, short of launching another company, which he did in 2004. It was called Slide, and it was a fun ride down the chute toward another sale in 2010 to Google for $182 million, Levchin says.

Today, he knows better than to slip back into the interminable boredom of easy living. He’s in the thick of a third venture, Affirm, and to sop up the last waning moments of his spare time, he also oversees an investment fund called HVF, short for “Hard, Valuable and Fun.” “Fun” has a very peculiar definition in this case — referring to any massive, globe-spanning problem that Levchin might get to noodle over in his scrappy new office in downtown San Francisco.

Affirm’s 32 employees have set up shop on a quiet street lined by venerable brick buildings, some of which withstood the great fire and earthquake of 1906 and have the commemorative plaques to prove it. Here, Levchin is thriving in his element. His girlfriend came back. They got married and had two kids. He still favors the style of clothing that might diplomatically be called “start-up chic,” a puffy sleeveless winter vest, unzipped and revealing a weathered t-shirt that practically whispers, “I’ve got bigger things to worry about than shopping.”

In fact, though, he does worry about shopping. Obsessively. Levchin has been visiting retailers across the country, asking about the state of consumer lending. He sums it up grimly: “You have to have a credit card. You have to use it. You are going to get screwed and you know it.”

Millennials are ditching the plastic in droves. More than 6 in 10 of them say they have never signed up for a credit card, a group that has doubled in size since the financial collapse of 2007. Evidently they’d rather scrimp on their purchases than get snagged on finely printed fees or mired in debt. “Which is wrong,” Levchin says. “If you are living hand to mouth every month you’re not going to improve your standard of living and you’re not going to scale up.”

Enter Affirm, a startup that that offers consumers the option to split payments over time, which a growing number of online retailers have added to their checkout pages. Users can get instantly approved for a loan by tapping their personal phone numbers into Affirm’s welcome page. From that phone number Affirm launches into the murky world of online data. “It anchors you to a whole host of information that is entirely public, or pretty close to public,” says Levchin. It can scan for social information across social media or dip into proprietary marketing databases or combine that with credit histories. In total, the Affirm team has identified more than 70,000 personal qualities that it thinks could predict a user’s likelihood of paying back a loan. If old fashioned credit scores provide a fixed, black and white portrait of the borrower, Affirm claims to capture that borrower in full, moving technicolor.

The company is so confident in its claims that it puts its own money on the line, extending loans to people who are normally considered a risky gamble. Active duty soldiers, for instance, return home with scant credit histories. A raft of regulations require lenders to extend credit to the soldiers, even if the decision goes against their better judgement. As a result, lenders have historically eyed returning soldiers with suspicion.

“I couldn’t care less about the narrative of why that might be true,” Levchin says, “except that I know it’s actually not. From all the loans that we’ve issued I think we’ve had literally 100% repayment rate from active duty servicemen.” Of course, military service is just one of at least 70,000 variables that can tip Affirm in the user’s favor. The formula is complex by design, so that no user can game the system by, say, posting “brain surgeon” as a new job on LinkedIn and then requesting a fat line of credit.

Whether Affirm will truly upend the rules of lending or foolishly rushed in where lenders fear to tread will depend on its ability to collect interest on loans without resorting to hidden fees. After all, credit card companies do that for a reason: It’s lucrative. Affirm, on the other hand, actually alerts users to approaching payment deadlines and clearly states fee rates before they arrive.

In short, Affirm has to lend at the right rates to the right people. Fortunately for the company, it has $45 million of venture capital to test run its unified theory of lending. It also has no shortage of potential competitors circling in on the hotly contested field of smartphone payments, from Apple Pay, to Google, to Levchin’s old “baby,” PayPal, all competing for the same “under-serviced” customers, as he put it.

But perhaps Affirm’s greatest asset is Levchin himself, who was practically bred for this kind of work. His mother was a radiologist at a Soviet-era research institute, where she was tasked with extracting reliable measurements from Geiger counters. The old Soviet era instruments spewed out a tremendous amount of error data. Her manager dropped a computer on her desk and asked her to program her way to a more reliable reading. Stumped, she turned to her 11-year-old son and asked, ”Do you know anything about this stuff?” The question kicked off Levchin’s life-long love affair with programming, and it made him acutely aware of what data a machine can capture, and what essential points might elude its sensors. He points out that a heartbeat counter may measure 64 beats per minute, but it almost certainly misses a number of half-beats along the way. Affirm, in a sense, listens for those missed beats.

“The fact that we can look at data, pull it, and underwrite a loan for you in real-time is very valuable, because we can literally decide, ‘Hey, in the last 48 hours you got a new job, that changes things a little bit. Now you’re able to afford more,'” Levchin says. 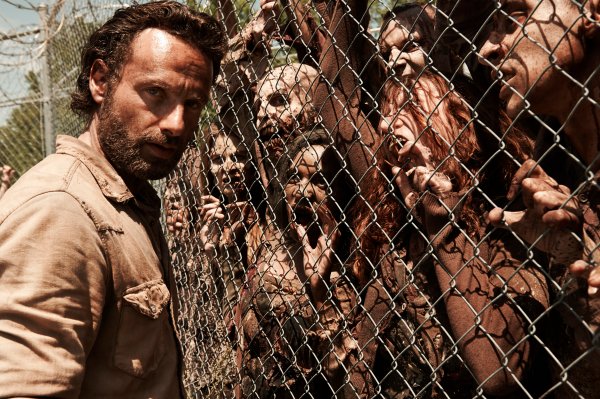 No Guts, No Glory: The Rise of Gross-Out TV
Next Up: Editor's Pick