Climate Action is a Health Priority

Last weekend, hundreds of thousands of people took to the streets in cities around the globe demanding the world take action against the rising threats of climate change. On Tuesday, leaders converged on the United Nations Secretary General’s Climate Summit to make concrete commitments to mitigate climate change and build resilience.

Meanwhile, the Ebola virus continues to spread across large swaths of West Africa, a tragic example of how under-resourced national health systems can lack the capacity to contain a disease outbreak. The World Health Organization recently predicted the death toll could rise as high as 20,000, while officials at the U.S. Centers for Disease Control and Prevention have warned the toll could grow even higher.

On first glance, the two events might not seem related. But the link between climate change and human health has become ever clearer in recent years. From pollution and ocean acidification to declining freshwater resources and the loss of biodiversity, these trends are not only causing changing patterns of known diseases. They are raising the likelihood that new, unknown diseases will emerge. And on a planet undergoing rapid changes due to population growth, economic development, environmental degradation and climate change, the emergence of a disease in any one place is no longer a local issue but a global concern.

As the U.N. Secretary General’s Climate Summit this week calls for greater action, it is critical to understand that climate change has both immediate and future consequences for human health. Already today we are seeing threats to health that range from waterborne diseases in degraded, polluted watersheds to the emergence of novel diseases transmitted from wildlife. Grave future threats include changes in temperature and rainfall patterns that can result in the spread of diseases, such as malaria, dengue, and West Nile virus, to higher latitudes and shifting altitudes. And rising CO2 concentrations in the atmosphere may cause substantial declines in the nutritional content of key crops.

Scientists and policy makers are calling for deeper and broader research and responses on the interactions between human health and the rapidly changing planetary environment, and there is a rising awareness that tackling these challenges may require radical new approaches, new ways of thinking and, perhaps even an entirely new discipline around the idea of planetary health. The Rockefeller Foundation is working with the medical journal The Lancet to escalate attention to this potential new field.

Planetary health offers a bold new framework for thinking about the interconnections between the health of our planet and the resilience of our ecosystems in an era of globalization, urbanization, and climate change. Consider the trajectory: from the field of “medicine” to the evolution over the past century of “public health,” and onward to the more recent conceptions of “international health” and “global health,” each shift from one conceptual framework to another has meant fundamental changes in the way the world takes on its most pressing health challenges. In the last century, for example, the creation of the modern field of public health involved huge changes in public policy, the creation of new government agencies and programs, transformations in training and radical changes in public expectations. Now, with massive ecological and environmental changes underway, the time has come to consider planetary health and how we organize our efforts to support it.

The frame of planetary health would fill important gaps not yet recognized within the framework of global health. For example, global health does not fully take into account the effects on human health of changes in the natural foundation on which human beings live: the planet itself. And it does not take stock of our civilization’s capacity to change our environment and then suffer potentially drastic health consequences.

By applying instead a planetary health lens, we could begin to answer large and vital questions. What risks does our civilization face, and how will we identify them? Are we living through a key transition for our species and civilization, and how will we know if we are? What will determine human health, sustainability and resilience in the face of environmental and planetary dangers?

The addition of human and planetary health priorities to our fight against climate change is a bold – but necessary – step. We must integrate the health of the world’s ecosystems and the health of its people. Because, in the words painted on a sign spotted in this weekend’s New York Climate March, “There is no Planet-B.” 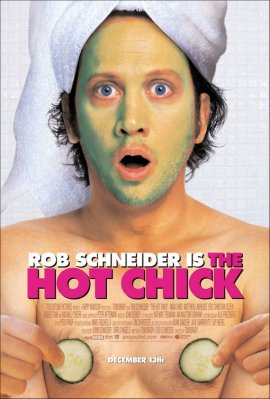 Dear Rob Schneider: Please Shut Up About Vaccines
Next Up: Editor's Pick