Apple Defends Against Allegations of Bending iPhone 6 Plus

Following days of silence, Apple is defending the new iPhone 6 Plus against allegations that it bends easily. The company told The Wall Street Journal that only nine customers have contacted Apple to complain about a bent iPhone 6 Plus. Both the iPhone 6 and iPhone 6 Plus passed requisite stress tests that mimicked normal use, Apple said.

In videos and on social media, some iPhone 6 Plus owners have claimed they can bend the device in their pockets or even in their hands. The issue, now known as “Bendgate” or “Bendgazi” online, is just one headache Apple is dealing with this week. Wednesday the company pulled an update to iOS 8 after customers complained that the new software was causing problems with cellular service and Touch ID. Apple later apologized for the faulty update and issued directions for users to revert to the original iOS 8 software.

The mix of bad news has put a beating on Apple’s stock, which fell more than 3% in trading Thursday, dipping well below $100 per share, though other tech companies have also had rough days on the market.

Apple did not immediately respond to TIME’s request for comment. 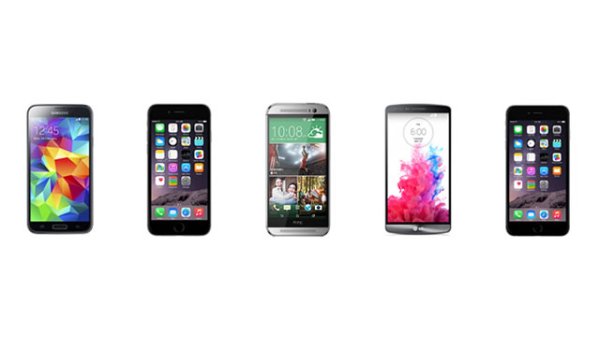 The Top 10 Smartphones on the Market for Fall 2014
Next Up: Editor's Pick