At this year’s Staten Island Zoo Groundhog Day ceremony, Mayor de Blasio fumbled the marmot after a zookeeper placed it in his hands. The animal dropped to the ground, and within a week, it was dead.

The groundhog’s death was only reported Thursday.

It’s unclear whether the death of the Staten Island Zoo’s “Charlotte,” who was standing in for the famed Staten Island Chuck, was actually de Blasio’s fault.

A zoo spokesman told the Associated Press in an interview that the drop was “a complete bungle” and attributed it partly to the zoo handler’s weak placement of the animal in de Blasio’s hands. And a medical examination after the incident showed that there was “no evidence of trauma or pain,” the spokesman said.

But when the animal was found dead on Feb. 9, a necropsy showed the groundhog had died of internal injuries. “We don’t know how the animal suffered the injuries but we don’t think it was from the fall,” the zoo’s spokesman said. “We believe it happened sometime the night before she was found dead.”

Thus, the mystery of the slain groundhog remains unsolved. And we can be sure de Blasio will be closely watched next Groundhog Day, innocent as he may appear. 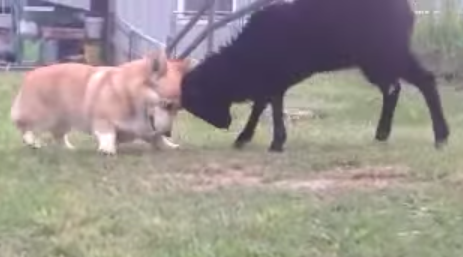 When a Corgi and a Lamb Race, Everyone Wins
Next Up: Editor's Pick