Bill Simmons Is No Freedom Fighter

Bill Simmons on the set of NBA Countdown in New Orleans on Jan. 30, 2013.
Don Juan Moore—AP
Ideas
By Jack Dickey

Whenever we’d take chemistry tests in high school, the instructor would always take care to note whether the hypothetical reaction was taking place in a closed system. In a closed system, the products and reactants exist among themselves—nothing from the outside has any bearing on the reaction.

And so it always is, even when it appears otherwise, with Bill Simmons and his ESPN bosses.

News of ESPN’s three-week suspension of Simmons sent Twitter into a tizzy Wednesday night, with the #freesimmons hashtag so heavily posted as to signal the start of a movement, such as it is. (C’mon, Lena Dunham joined in!) Simmons had earned the suspension, ESPN said, for failing to “be accountable to ESPN … and operate within ESPN’s journalistic standards.” Namely, he had criticized NFL commissioner Roger Goodell on the Monday episode of his popular podcast, The B.S. Report.

His criticism: “I’m just saying it: He is lying. I think that dude is lying. If you put him up on a lie detector test that guy would fail. For all these people to pretend they didn’t know is such f–king bullsh-t.” And then Simmons challenged his bosses to go after him. And then they did. (Through a publicist, Simmons declined to comment for this story.)

While Simmons has a thick personnel file in Bristol—he was suspended from Twitter in 2009, and again in 2013, for sniping at the network’s properties, and he had public beef with his editors about his column in 2008—this case seemed to many to signal something different. ESPN is one of the NFL’s major broadcast partners, and, coincidentally, the Goodell firestorm started with a suspension too.

Yet Simmons makes an imperfect freedom fighter. There were three parts to what he said: There was the substance of the accusation against Goodell, there was its coarseness, and there was the threat to go public if ESPN pressured him. (He said, “I really hope somebody calls me or emails me and says I’m in trouble for anything I say about Roger Goodell. Because if one person says that to me, I’m going public. You leave me alone. The commissioner’s a liar and I get to talk about that on my podcast.”) The latter two must have dwarfed the first in significance within the network’s culture of coordinated collegiality. A tempered accusation would have offered a tighter test case—especially given that only ESPN’s most credulous blowhards seem presently inclined to trust Goodell. (Here’s where my editor makes me point out that I am a contributor to Sports Illustrated, which competes with ESPN in all kinds of ways.)

It’s a little surprising, though only a little, that Simmons hasn’t left his corporate-antagonist shtick behind. In recent years, ESPN has elevated him from a (terribly popular) web columnist to the editor in chief of an occasionally fantastic web magazine that employs nearly 30 people (Grantland), the executive producer of a strong series of documentary films (30 for 30) and a talking head on its NBA coverage. He’ll even be getting his own show this year. He led the effort to bring Nate Silver aboard (even Simmons’ father pitched in), and he is said to earn several million dollars a year. It’s hard to think any sports pundit has held so much sway over his bosses since the days of Howard Cosell. (Even Cosell, a onetime major in the Army, never had so many people working under him.) And one might expect Simmons to be even gentler with his bosses in light of his rise since, as Will Leitch wrote Thursday, ESPN doesn’t even need to be in the Bill Simmons business. Its website could be a still photo of Dan Patrick and Keith Olbermann, and its NBA pregame show could be a loop of Rednex’s “Cotton Eye Joe” video, and Disney’s accountants would barely notice the revenue dip.

That’s part of the reason Simmons built his site in-house and encouraged Nate Silver to build his the same way. As Simmons told me earlier this year when I wrote about Silver, “The good thing about ESPN is that it’s a really smart company making a lot of money,” which was to say that ESPN’s smaller businesses face little pressure to turn a profit.

After all, ESPN makes the vast majority of its money not from web advertising or the DVD sales of its documentary series but from cable subscriber fees. And the programming that makes the network essential to cable companies isn’t College GameDay or Monday Night Countdown or the new Grantland NBA series; it’s the big DVR-proof games that follow those, exclusively on ESPN’s signal. And doesn’t that make their college-sports, NFL and NBA reporters irreparably compromised? You bet!

Which brings us back to Simmons, and the closed system. As Jeb Lund memorably put it in 2011 upon Grantland’s launch, “ESPN and Simmons exist to make each other look edgy.” Simmons gets to menace the suits and see where he stands, and ESPN gets to look like a shop that has the standing to enforce something it calls journalistic standards. It’s a stunt, which concerns the general public only inasmuch as it makes people curious about the promise of independent media. And maybe, just maybe, it has. 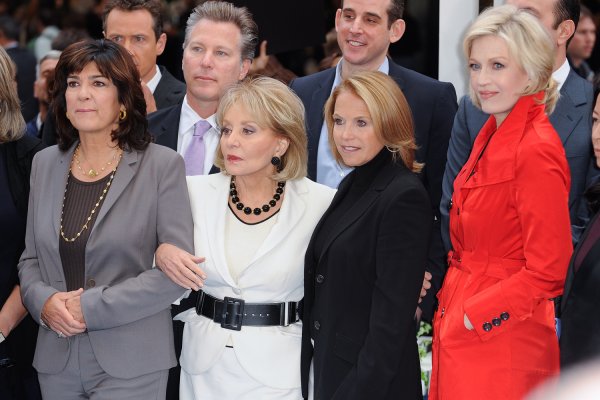 The Problem With Claws-Out Depictions of Women
Next Up: Editor's Pick