Civil rights leaders called Thursday for the federal government to intervene in criminal investigations into the deaths of two unarmed black men killed by police.

Rev. Al Sharpton, president of the National Action Network said police offers need to be held accountable for the deaths of both men.

Brown’s parents did not publicly comment on the police chief’s apology, but Sharpton said Thomas’ response was “too little, too late.”

“The answer is justice for this family,” Sharpton said. “Now to come with an apology when the family is here asking for the Justice Department to come in is suspect at best.”

A grand jury has been convened in Ferguson to determine whether or not charges should be brought against the officer responsible for Brown’s death. The grand jury proceedings have been wrought with uncertainty, and local civil rights leaders have suggested an indictment may not be coming. The Department of Justice is also investigating, looking into whether there were any civil rights violations at the time of the teen’s death.

But civil rights leaders said Thursday they want more. While they are in Washington, the families of Garner and Brown are set to meet with members of the Congressional Black Caucus who have convened for their annual legislative conference about federal legislation to end racial profiling and better monitor police activity. The leaders also announced an upcoming march to bring the “Hands Up” protest movement sparked by Brown’s death to the nation’s capitol. 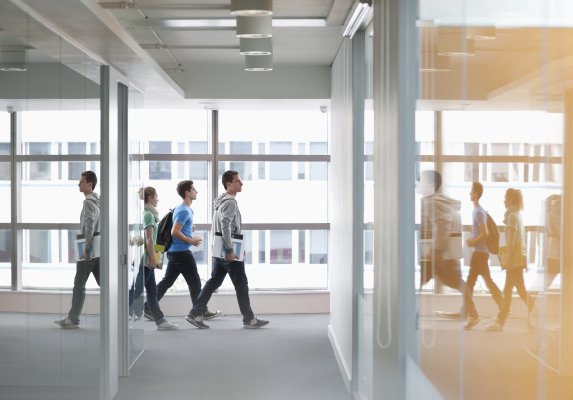 This Exclusive Hotel Chain Is Teaching Colleges How To Treat Students
Next Up: Editor's Pick