Hugh Jackman's Wife Is Sick of Being Called 'Lucky'

“That to me is a putdown,” she said in an interview with the Australian Women’s Weekly. “[It is] like you suggesting I won the chook raffle. I think we create our own destiny.”

Since Furness, 58, is 13 years older than Jackman and not considered as traditionally attractive as her Wolverine husband, people often say she’s “lucky” to be married to him or that Jackman is gay and Furness is his beard.

But Furness said their almost two decades of marriage have nothing to do with luck: “If you want something, you put it out there with good intention and you realize it.” 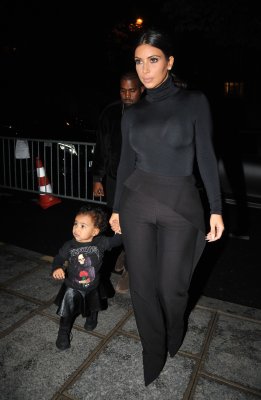 Here's Kim Kardashian and North at Fashion Week
Next Up: Editor's Pick