Ali S. Khan M.D. speaks to members of the media at the University of Nebraska Medical Center about the arrival of ebola patient Rick Sacra.
Eric Francis—Getty Images
By Nolan Feeney

The third American aid worker to have been infected with Ebola while working in West Africa has been released from the hospital, he announced Thursday.

Dr. Rick Sacra said at a press conference that he “feel[s] great” but is “extremely weak,” the Associated Press reports. The Centers for Disease Control and Nebraska Medical Center cleared Sacra of the virus that has killed at least 2,917 people and infected more than 6,000 in its worst-ever outbreak.

Sacra, 51, contracted the the virus while working a hospital in Liberia. An American doctor and an American aid worker were previously released after having received treatment at Emory University Hospital in Atlanta. Another American is still receiving treatment in Atlanta.

Doctors are unsure of what most successfully combatted the virus, as Sacra was treated with a number of different methods, including experimental drugs and blood transfusions (one was from Dr. Kent Brantly, who had recovered from Ebola and is now believed to carry antibodies for the disease).

“Though my crisis has reached a successful end here, unfortunately the Ebola crisis continues to burn out of control in West Africa,” Sacra said. 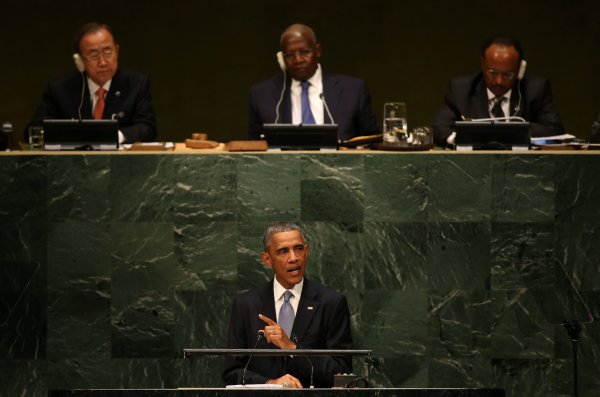 Obama Urges U.N. to Act Faster on Ebola Outbreak
Next Up: Editor's Pick