President Barack Obama said Thursday that every country needs to do more to confront the urgent threat of Ebola, warning that the United Nations’ response could determine the difference between tens of thousands of deaths and up to a million.

“The outbreak is such that at this point more people will die,” Obama said during a UN meeting in New York. “But the slope of the curve, how fast we can arrest the spread of this disease, how quickly we can contain it, is within our control.”

“If we move fast, even if imperfectly, than that could mean the difference between 10,000, 20,000, 30,000 deaths versus hundreds of thousands or even a million deaths,” Obama added.

Obama said the United States could provide the infrastructure to aid the countries in West Africa where the outbreak has already killed more than 2,900 people. But the U.S. cannot by itself send enough health workers in fight the crisis, Obama said.

“We are not moving fast enough,” Obama said. “We are not doing enough. Right now everybody has the best of intentions but people are not putting in the kinds of resources that are necessary to put a stop in to this epidemic.”

“It’s a marathon but you have to run it like a sprint,” he added. 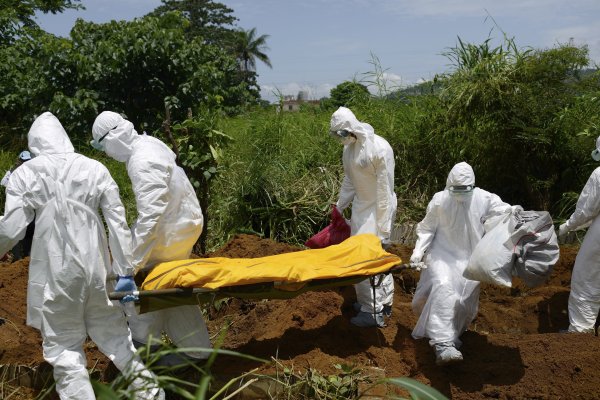 The 5 Biggest Mistakes in the Ebola Outbreak
Next Up: Editor's Pick