The doctor is in the house: by all means, take vaccine advice from this guy
By Jeffrey Kluger

If there’s one thing I regret about the job I’ve done raising my kids, it’s that when it was time to get them their vaccines, I did not heed the wisdom of a man who is currently filming a TV series with a storyline titled “The Penis Episode, Part 2.” And if that doesn’t convince you about this deep thinker’s credibility, consider that his earlier body of work includes such powerful pieces as The Hot Chick, The Beverly Hillbillies movie and Deuce Bigalow Male Gigolo.

How’s that for a guy worth listening to? Not.

We are talking, of course, about Rob Schneider, the Saturday Night Live alum who parlayed a single character—Richard Laymer, the obnoxious office guy—into a career of small-bore, dropped pants, toilet joke movies, plus the occasional cartoon voiceover. Nothing wrong with those kinds of projects; they’re honest work and the checks generally clear.

But Schneider is at the center of a much-deserved storm this week, after State Farm Insurance announced it was pulling a new ad campaign featuring the comedian in a reprise of his office guy role, since—while the company whose job it is to help people live better, healthier, more fiscally secure lives wasn’t looking—its newly minted star has been popping off about (deep sigh here) the hidden dangers of vaccines.

Take this observation from Dr. Bigalow, in a widely circulated video shot when he was campaigning against a California law that would have made it harder for parents to refuse vaccines:

Or this one: “You can’t make people do procedures that they don’t want. It can’t be the government saying that. It’s against the Nuremberg Laws.”

It’s actually worth watching the entire jaw-dropping display, because Schneider somehow manages to thread the extraordinary needle of being wrong on every single point he makes. Remember in high school when they used to say it was impossible to score a zero on the SATs because you get a few points just for writing your name? Schneider, presumably, would have left that part blank.

And then there are the cringe-worthy Twitter posts suggesting he has been denied his freedom of speech:

For the record Rob, no, there is no government conspiracy to force vaccines on kids. No, doctors are not bought off by big pharma. No, vaccines are not filled with toxins. And no, this is not a free speech issue—it’s a public health, common-sense and, not for nothing, business issue, since State Farm, like any company, is free to sack a spokesperson who makes them look very, very bad. Simply quoting George Washington does not mean any of the great man’s wisdom rubs off on you. It just means you looked up a quote.

But as long as we’re in the quote game, how about one of your own, from your video harangue: “The government,” you said, “can’t make decisions about what I do to my body.” On this score, you’re right. So please do continue making movies that allow you to appear on posters with a towel on your head, seaweed cream on your face and cucumbers on your nipples. Maybe George Washington would have been pleased with you. State Farm? Not so much these days. 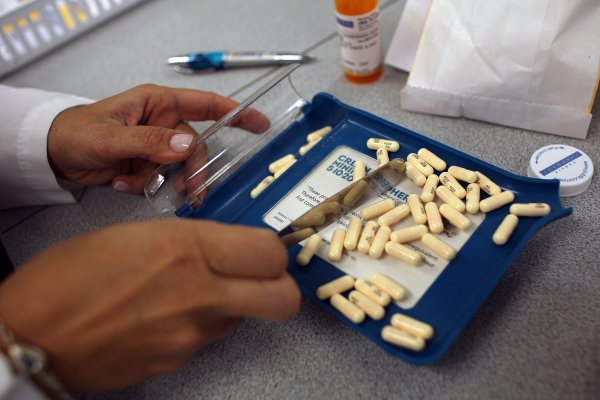