Air travel can be stressful, and misplacing luggage or personal items could be enough to put people over the edge (if someone using a “knee-defender” in the seat behind you hasn’t already).

In a new commercial, KLM Royal Dutch Airlines imagines a perfect world in which a lost and found service at Amsterdam Airport Schiphol uses a beagle named Sherlock to return misplaced iPhones and toys and comfort anxious fliers. The ad has already racked up more than 1.8 million views on YouTube.

Some Internet users thought the puppy was on staff at the Dutch airline and were disappointed to learn that he was only hired for this commercial. In any event, the video might cheer up fliers killing time in the airport if their flights have been delayed or cancelled.

In the past, the airline has gone viral on social media for fueling some trans-Atlantic flights with leftover oil used to cook catfish and promoting a platform in which passengers can view LinkedIn and Facebook profiles onboard and network with one another. 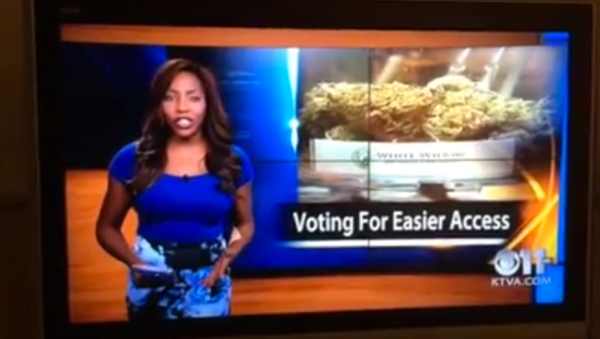 Reporter Quits On Live TV After Revealing That She Owns a Marijuana Club
Next Up: Editor's Pick