Iowa to Tesla: Stop Test-Driving Your Cars in Our State

A logo of Tesla Motors on an electric car model is seen outside a showroom in New York on June 28, 2010.
Shannon Stapleton—Reuters
By Matt Peckham

If you want to check out one of Tesla’s newfangled electric rides before buying one, you can add Iowa to the list of states to steer clear of.

That’s because Iowa’s transportation department is telling Tesla Motors to stop offering test drives in the state because doing so is illegal, reports the Des Moines Register. Iowa’s DOT apparently said the test drives–conducted by Tesla in West Des Moines earlier this month–were illegal because Tesla isn’t a licensed auto dealer in Iowa, and that state law bans auto manufacturers from selling vehicles directly to consumers.

Trouble is, Tesla doesn’t sell through traditional franchise outlets, and the company has no franchises dealer relationships anywhere in the U.S. If you want to buy one of billionaire Elon Musk’s ballyhooed electric super-cars, you have to transact directly with the company. Unless you’re filthy rich and/or casually profligate, that’s going to be a tall order for most buyers, considering the base price on a Tesla Model S starts in the $70,000 range and surges by tens of thousands from there.

Note that driving Tesla cars in Iowa is perfectly legal. It’s just the test-driving or selling through a storefront part that’s the problem.

There may be a political element to the kerfuffle as well: the Register notes franchise auto dealers in states around the country have worked with dealers associations to keep Tesla out, presumably threatened by Tesla’s unconventional sales model. In fact, it was Iowa’s Automobile Dealers Association that tipped the DOT off to Tesla’s test drives in West Des Moines, says the Register.

But not allowing auto manufacturers to sell directly to the public may be harming consumers, argues a 2009 competition-related advocacy report on the U.S. Department of Justice’s website. The paper advocates “eliminating state bans on direct manufacturer sales in order to provide automakers with an opportunity to reduce inventories and distribution costs by better matching production with consumer preferences,” and notes that economic arguments for states’ bans on direct auto sales that cite holdup or free-rider issues “are not persuasive because competition among auto manufacturers gives each manufacturer the incentive to refrain from opportunistic behavior and to work with its dealers to resolve any free-rider problems.” 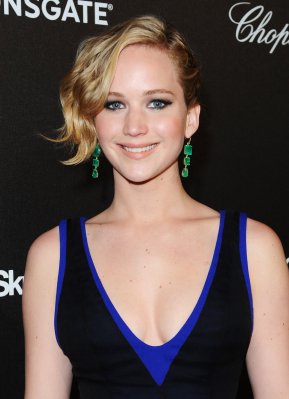 Here's How Celebs Can Get Their Nude Selfies Taken Down
Next Up: Editor's Pick