These guys are going to save the galaxy. Seriously.
Marvel
By Nolan Feeney

The company will begin testing targeted ads about movies in the next few months, according to The Hollywood Reporter.

The program would display ads about a particular movie to users who have tweeted about similar movies or related keywords. For example, a campaign for The Hunger Games: Mockingjay — Part 1 might target fans already tweeting about the series, users who’ve tweeted about Divergent or, hypothetically, anybody making a joke about volunteering as tribute and having the odds ever in their favor.

“Our recent research shows that Twitter is major influence on movie choice,” Jeffrey Graham, global head of research at Twitter, told THR. “Not only are people hearing about new movies on Twitter, they are using it to make a decision about what to see, then sharing their experience with friends.”

The program would be hassle-free for studios — they would only provide the names of similar movies, while Twitter would figure out which users were already talking about them, even if they weren’t using the title specifically.

Twitter already has a similar program in place for television. 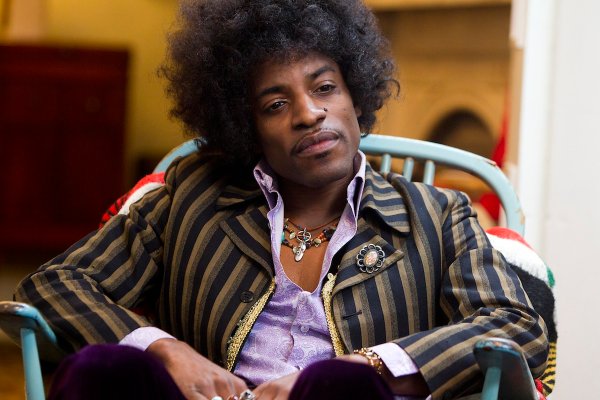 André Benjamin: "There's Not Much Difference" Between Playing André 3000 and Playing Hendrix
Next Up: Editor's Pick