Rupert Murdoch, chairman of News Corp., arrives to a morning session at the Sun Valley Lodge during the Allen & Co. Media and Technology Conference in Sun Valley, Idaho, U.S., on Wednesday, July 9, 2014.
Bloomberg—Bloomberg via Getty Images
By FindTheBest/Kiran Dhillon

Most Americans know that the CEOs of America’s biggest companies rake in piles of wealth, but according to a recent study by Harvard Business School, they have no idea just how much.

“People dramatically underestimate actual pay inequality,” the study said. Americans, for example, estimate that the pay ratio between CEOs and unskilled workers is about 30:1, but the actual ratio is a whopping 354:1.

That means that most workers in America would have to work 354 years in order to make what the average CEO makes in one year.

And that’s just compared to the average CEO. According to calculations by research engine FindTheBest, it would take most Americans thousands of years to catch up to the highest-paid CEO—Charif Souki of Cheniere Energy—who made $141,949,280 in 2013.

How many thousands of years, exactly?

We calculated how long it would take people in seven professions, with median salaries from $18,000 to $187,200—which represents the low and high end of U.S. occupational salaries based on data from the Bureau of Labor Statistics—to make as much as Souki does in one year.

For jobs that are most often paid on an hourly basis, workers would need about seven to eight thousand years to make what Souki did in 2013.

The results are still grim for Americans who earn near the median U.S. household income of $51,058 per year.

And as for those who’ve managed to break into the six-figures?

It would even take professionals with the highest-paid jobs by median salary over half a millennium to amass the kind of wealth Souki did in 2013.

But keep in mind that $142 million was Souki’s 2013 total compensation, which is different from salary because it includes earnings like bonus, restricted stock awards, and non-equity incentive plans — indeed, some CEOs take a $1 salary, making up the difference with these other earnings. So how long would it take the above professionals to make as much as the highest-paid CEO, just when measuring salary?

The CEO with the highest salary was Rupert Murdoch of Twenty-First Century Fox, who made $8.1 million in 2013.

Although it’s a ways below $142 million, $8.1 million is still more than a lifetime’s work away for Americans making the median salary within their professions. It would take cashiers 427 years, teachers 152 years, and lawyers 71 years to make what Murdoch did in one. Our highest-paid professionals, physicians and surgeons come closer, but it would still take them almost half a century (43 years) to catch up.

FindTheBest is a research website that’s collected all the data on jobs and executives, and put it all in one place so you don’t have to go searching for it. Join FindTheBest to get all the information about jobs, execs, and thousands of other topics. 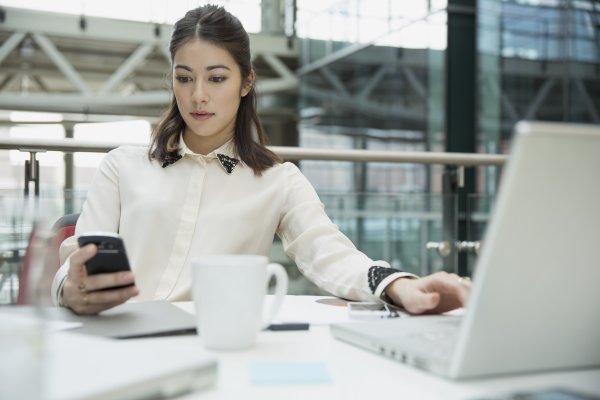 There's a Reason You Work Better Some Days
Next Up: Editor's Pick