Apple posted an official fix for iPhone owners affected by problems with Wednesday’s iOS 8.0.1 update, which many users reported caused a total loss of cellular service as well as issues with Touch ID on iPhone models that support the feature. The tech giant pulled the update after complaints about those issues quickly spread over social media, but for many users it was too late.

Apple’s fix is essentially a way to revert affected iPhones back to iOS 8.0.0, a process the company typically doesn’t officially endorse.

The iOS 8.0.1 problems seem to only affect the new iPhone 6 and iPhone 6 Plus devices. TIME installed the update on an iPhone 5C and experienced none of the reported issues. Apple told The Verge that it apologizes “for the great inconvenience experienced by users,” and promised to quickly issue an iOS 8.0.2 update that would fix the issues addressed by 8.0.1 without causing new problems in turn. 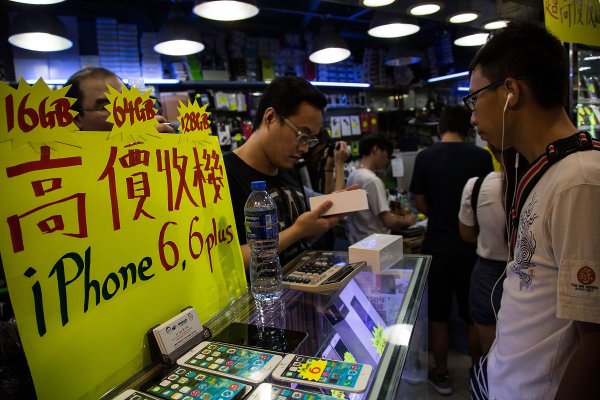 The iPhone 6 Lines Weren't Actually Filled With the 'Chinese Mafia'
Next Up: Editor's Pick