U.K. Prime Minister David Cameron announced Wednesday that he is recalling parliament to get approval for British air strikes against the Islamic State of Iraq and Greater Syria (ISIS) in Iraq.

Lawmakers will convene in Westminster on Friday to vote on whether to back attacks on the Sunni extremists.

“It is now right that Britain should move to a new phase of action,” he said.

Addressing the U.N. General Assembly in New York City, Cameron said, “The U.N. Security Council has now received a clear request from the Iraqi government to support it in its military action against [ISIS]. So we have a clear basis in international law for action and we have a need to act in our own national interest to protect our people and our society.”

Friday’s vote is expected to pass with backing from all three major parties, Reuters reports.

Cameron gave his speech as a U.S.-led coalition launched air strikes on ISIS targets in Syria for a second day.

The U.K. government has not proposed any military action in Syria. Cameron assured the U.N. General Assembly that Britain would not work with Syrian President Bashar Assad to defeat ISIS.

“Our enemy’s enemy is not our friend — it is another enemy. Doing a deal with Assad will not defeat [ISIS] because the bias and the brutality of the Assad regime was and is one of the most powerful recruiting tools for the extremists,” he said. 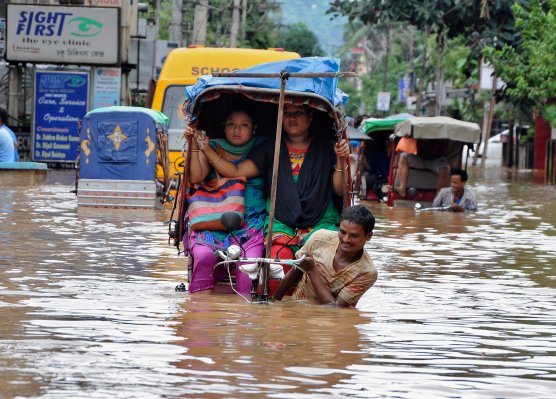 Floods Kill 73 in Northeast India
Next Up: Editor's Pick