The Top 10 Smartphones on the Market for Fall 2014

With all the reviews in for the iPhone 6 and 6 Plus, it’s time to take stock of the larger smartphone battlefield. At FindTheBest, we compiled specs, features and ratings for every smartphone on the market to determine the top 10 phones today. Here’s the methodology:

Made up of 18 different specifications for each phone, including max video resolution, camera optics, pixel density, weight, RAM, megapixels, talk time and more.

Can the phone charge wirelessly? Does it come with an FM Receiver? Is it water resistant? Can it do NFC payments? The more capabilities, the better.

Lastly, how does the phone perform using a handful of benchmarks, like Geekbench for overall performance and DxOMark for camera quality?

Over 120 smartphones have been released this year, yet four 2013 handsets remain in our top ten. The reason? The flagship phones from Apple, Samsung, LG, HTC and Sony are simply a cut above the rest of the industry. These manufacturers know how much of their bottom lines ride on hit devices, so they pour most of their resources into one or two handsets per year.

For this reason, saving $100 by selecting a year-old phone is no longer a terrible idea. A Galaxy S4 or iPhone 5S is still a solid buy, and it’s certainly better than that budget Motorola at the Verizon store.

Once we get to the best of the best, however, release date does matter. There’s one big reason the iPhones outrank their rivals: Apple’s handsets are newer. Consider that the M8, S5 and G3 were released in March, April and May, respectively. Apple had all summer to pack in the latest tech and to gauge customer reaction to its competitor’s phones. Expect all three manufacturers to retake the lead as soon as they release their next products.

With this in mind, discerning smartphone buyers might consider following this principle: Just buy whatever the latest release is from a top manufacturer. If you’ve already bought into the iOS or Android ecosystem, it’s a different story, of course. But if you’re ready to start fresh, look for whichever top brand released a flagship phone most recently. Right now, that’s the iPhone 6. In a couple of months, that could be the Sony Xperia Z3. Early next year, that’ll likely be the Galaxy S6.

Glance over our top 10 with screen size in mind, and you’ll find some inconsistencies. For the iPhone, smaller is better, with the 6 edging out the 6 Plus. For the Galaxy? The 5.7-inch Note 3 is still our #1 Samsung device, besting the 5.1-inch Galaxy S5. What’s going on?

The difference comes down to the intangibles, which are best captured in the expert reviews. While experts loved both the iPhone 6 and 6 Plus, they had a slight preference for the smaller device. To reviewers, the 6 Plus often felt like something new and interesting, but the 6 felt familiar and intuitive—enough to push it ahead of its bigger brother (despite inferior battery life).

For Samsung, things went the other way. The Note 3 was revolutionary, while the Galaxy S5 was evolutionary. Experts loved the stylus-equipped Note 3 for its size, audacity and productivity—a new landmark for big-screen handsets. The S5, while solid, didn’t captivate reviewers the same way.

So in the end, who really knows what the right screen size is? Perhaps smartphone size is more art than science.

Microsoft’s Lumia line continues to miss the top 10 (the same thing happened when we did this exercise last year). It’s the honorable mention that’s increasingly more mention than honor. Experts continue to hit all the usual beats: The Windows interface is clever, but iOS and Android are more mature. The camera takes superb photos, but the app selection is weak.

Microsoft is planning a big rebrand this holiday season (dropping “Nokia” and “Windows Phone”), but unless the company coaxes more developers and customers from Android and iOS, it’ll have trouble sniffing the top 10. And at this rate, it’ll drop out of the top 20 soon (currently, our top two Lumias sit at #19 and #21).

China is knocking on the door

Take a look just outside our top 10, and it’s the Xiaomi Mi 4—not a Lumia phone—that threatens to disrupt the top 10 next year. The red-hot Chinese manufacturer already beats all of its rivals on price, and its specs are right in line with the best handsets on the market. The only remaining question: How long will it take for Xiaomi to come to the US?

If you want the best phone right now….

If you want a great phone on a budget…

…get the Samsung Galaxy S4 or LG Nexus 5 — a year old, but still excellent.

If you’re willing to wait…

…a few months, get the Sony Xperia Z3.

…until next year, get the Samsung Galaxy S6.

…move to China, and get the Xiaomi Mi 4. 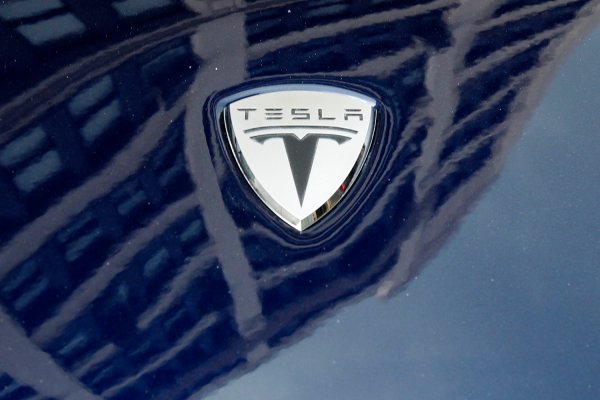 Iowa to Tesla: No Test Drives
Next Up: Editor's Pick