Syria's Jihadis Should Be Confronted, Not Feared

Not all terrorists are an imminent threat. We use that label for all kinds of enemies, but the progeny of violent jihadism are different in important ways. A close look at the two groups the U.S. attacked in Syria shows why that matters and why we need to temper our fears.

Until those strikes, the Islamic State of Iraq and Greater Syria (ISIS or ISIL) was all anyone could talk about. In June the group captured Mosul, Iraq’s second largest city, and not long after it threatened Erbil, capital of the Kurdish region. The least subservient of the al-Qaeda branches, ISIS had early disagreements over strategy with Osama bin Laden. Both Sunni extremist groups were rooted in the hate-filled dawah—religious doctrine, curricular materials and money—that Saudi Arabia pumped out to the wider Muslim world to counter its Shi‘ite rival, postrevolutionary Iran. In that widely propagated vision, Shi‘ites, Christians and Jews are all anathema.

But ISIS’s founder, Abu Mousab al-Zarqawi, who emerged from al-Qaeda’s training camps in Afghanistan to exploit the chaos created by the U.S. invasion of Iraq in 2003, tacked away from bin Laden’s emphasis on Western targets. Instead he embraced a strategy of conquering and holding territory and killing Shi‘ites. Bin Laden disapproved of that approach because it resulted in too many Muslim deaths, alienating potential supporters. Early this year, ISIS and al-Qaeda split for good.

For many members of Congress and the commentariat, and even a couple of Cabinet members who mislaid their talking points, the distinction between the two groups didn’t matter. ISIS’s summer breakthrough meant a new, more technologically sophisticated version of al-Qaeda was coming. As one Senator declared, the President had to act “before we all get killed back here at home.”

The fear was exaggerated. ISIS represents a serious threat to Iraq and its region—which is reason enough for the Obama Administration to rally Sunni nations and others to combat it. But it is above all an insurgency, and the tools it knows are those of irregular combat, not al-Qaeda-style terrorism. It appears never to have plotted—and certainly never carried out—a long-distance, covert terrorist operation. As Matt Olsen, director of the National Counterterrorism Center, said in a little-noted speech, “We have no credible information that ISIL is planning to attack the U.S.”

That can change. ISIS’s ability to win and hold ground has generated real excitement among extremists worldwide, fueling unprecedented recruitment. Some sympathizers will feel impelled to show they too are part of the fight, as the plot to carry out beheadings in Australia demonstrates. The immense safe haven ISIS has carved out from Fallujah to Aleppo; the large sums of money it reaps from illicit oil sales, bank robberies and ransom payments; and the growing cadre of recruits from Europe and the U.S. add up to a possible future threat. No one should be misled: U.S. air strikes will likely hasten that possibility.

The other U.S. target, the Khorasan group, is a danger right now. The group is more al-Qaeda 1.0 than ISIS. Its name refers to the land beyond Persia, the farthest reaches of Islam. Bin Laden announced from Afghanistan in 1996 in his first declaration of war against the U.S. that he had been hunted but had found that “a safe base is now available in the high Hindu Kush mountains in Khorasan.” The group has al-Qaeda 1.0 personnel in its ranks, and like al-Qaeda 1.0, it has the West in its sights. Amid the anarchy in Syria, the cell appears to have plotted to use bomb technology developed by al-Qaeda in the Arabian Peninsula to target airliners. The bombs are variants of the hard-to-detect models that the Nigerian underwear bomber failed to detonate on a Northwest flight during Christmas 2009 and that an assassin blew himself up with in an attempt against the Saudi counterterrorism chief.

So how great a threat do these two groups actually pose to Americans at home? Though roughly half the public, spun up by beheading videos and congressional declarations of impending doom, believes we are more at risk than at any other time since 9/11, the dangers are more modest. The fact that the U.S. could gather the intelligence necessary to uncover the plot and carry out the strikes should provide some reassurance, even if a perfect defense is out of reach. And while it will be some time before the damage done by the air strikes is known, Khorasan and ISIS operatives are likely wondering what they’ve gotten themselves into.

Syria is going to remain a chaotic, dangerous safe haven for a long time to come, and Iraq will not be much better. Air strikes in both countries are just beginning. But after hundreds of billions of dollars spent on intelligence and homeland security, we are far from being the country we were on 9/11. Knowing that is the first requirement of a successful strategy. 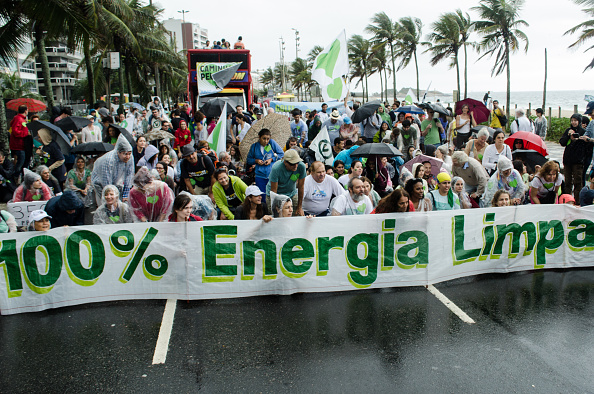 Five Best Ideas of the Day: September 22
Next Up: Editor's Pick