David Friedman, the acting head of the National Highway Traffic Safety Administration, as he testified on Capitol Hill in Washington, April 2014.
Evan Vucci—AP
By Justin Worland

A week after facing blistering criticism for his agency’s handling of the recent General Motors (GM) auto recall, the man charged with running the nation’s auto-safety administration acknowledged that his office needs to improve.

“Any life lost is one too many; anything that we can do to improve in a situation like this, we’ve got to do,” David Friedman, interim head of the National Highway Traffic Safety Administration (NHTSA), tells TIME in his first interview since the hearing. “We need a new normal when it comes to recalls.”

A more combative relationship that keeps “every car company on their toes” is at the heart of Friedman’s “new normal” and carried out through increased financial penalties on car companies and an expanded budget.

“Dropping the ball will not be tolerated,” Friedman said.

In the months since GM announced its first recalls for ignition switch problems, critics have hounded the automaker for taking so long to address an issue that affected millions of cars and killed at least 21 people. More recently, criticism has turned to NHTSA. The agency, created in the 1970s to oversee a powerful industry, is charged with ensuring automakers meet safety standards on everything from brakes to windshields. But its actual authority remains hampered: it can levy a maximum fine of $35 million for a violation and has no power to bring criminal charges.

Friedman wants to change that, and advocates say he should step on it. “This is the best opportunity to reform NHTSA, really, since the original Safety Act was passed in 1966,” says Center for Auto Safety executive director Clarence Ditlow. “When a GM president has to apologize for their safety inaction, that shows you how bad the situation is.”

The reaction centers on faulty ignition switches in millions of GM vehicles that in some cases abruptly shut down the engine and kept airbags from deploying in the subsequent crash. The automaker had been aware of issues with the switch—though perhaps not the extent of the problem—for more than a decade prior to issuing recalls, investigations have shown. NHTSA also received strong evidence of the safety issue in 2007, when Wisconsin officials told the federal agency about what they suspected was a link between ignition switches and airbags. NHTSA officials “either overlooked or failed to understand” the implications of the Wisconsin report and didn’t follow up appropriately, according to a congressional report released last week.

Supporters of reform, both in Congress and among the ranks of safety advocates, say the needed changes are multifaceted: The agency requires expanded enforcement power, increased funding and greater transparency so that the public can hold it accountable.

The agency was granted just over $10 million to investigate defects in 2014, a paltry sum considering the 250 million vehicles on the road in the United States. Overall, the agency devotes about $130 million annually to vehicle safety research—a total that outrages auto-safety advocate Ralph Nader. “It’s about the cost of three months of guarding the US embassy in Baghdad,” Nader tells TIME.

“If Congress would give us another 20 people and $20 million, we could do a lot more for the American public to save lives,” Friedman says.

Increased authority also ranks high on the list of the changes safety advocates say NHTSA needs. Currently, the agency can fine automakers a maximum of $35 million for safety violations, a pittance for an industry that brings in billions each year. Friedman, along with President Obama and transportation secretary Anthony Foxx, wants to raise the cap to $300 million.

But changes to funding or regulatory authority would require Congress to act. A number of legislative proposals have been introduced, but it remains unclear whether this opportunity, as good as it may be, can overcome gridlock.

Friedman says his agency will do its best to improve, even if it doesn’t receive help from Capitol Hill. “If Congress fails to act, we’re a scrappy organization. We punch above our weight,” he says. “We’ll do everything with the resources we can.”

Nader, along with others, says he is skeptical, but ultimately, external pressures may make the question of whether NHTSA officials want to change irrelevant.

“I think the agency will change,” says Joan Claybrook, who ran the agency during Jimmy Carter’s presidency. “If it doesn’t they’re in trouble.” 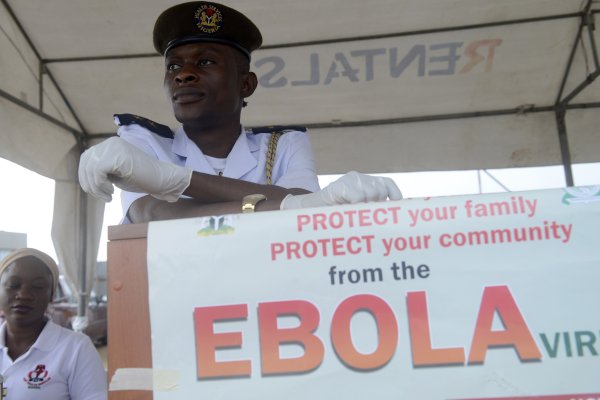