The UAE's First Female Pilot Was Leading Airstrikes Against ISIS

The United Arab Emirates’ first female pilot was a team leader in the United States-led airstrikes against the Islamic State of Iraq and Greater Syria (ISIS) in northern Syria this week, FOX News reports.

Major Mariam Al Mansouri, 35, is the first woman in the UAE’s air force, and reportedly took part in leading the airstrikes with allied forces from the U.S., Saudi Arabia, Jordan, Qatar and Bahrain.

Al Mansouri joined the UAE’s air force in 2007 when it first started accepting women in 2007.

In an interview, Al Mansouri said being in the air force has always been an aspiration. She joined the country’s military flight school in 2007 when it first started admitting women, then graduated in 2008 before obtaining her current rank of commander. 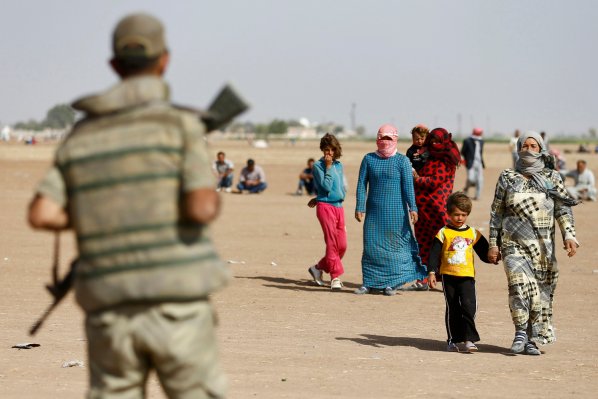