7 Things You Need to Know Before Scandal's Season 4 Premiere

Thursday night, celebrators of Rosh Ha-Shonda will wrap up in their Olivia Pope inspired white coats and eagerly watch the season 4 premiere of Scandal.

Season 3 was jam packed with explosive plot lines and, well, literal explosions. In case you were in need of a quick refresher, don’t fret: it’s been handled. Here are the 7 things you should remember going into the premiere — because Gladiators need recaps, too.

1. James was murdered
Viewers were shocked to see Cyrus’ husband James, a fan favorite, get shot in the head by Olivia’s love interest Jake. (A now-debatable fan favorite.) Cyrus is now a single dad in mourning.

2. The president’s son was murdered
Publicly. Jerry was infected with bacterial meningitis, stolen from the CDC, during a campaign event. (That’s one tragic way to win a presidency). Mama Pope got the blame — deserved or not.

3. Papa Pope is really to blame
Along with the help of secret service man Tom — who came out of nowhere as a double agent. Rowan took out little Jerry as an act of vengeance since he said that the president took away his child, Olivia. (Metaphorically. Those are different things, Rowan.) Although Harrison found out about Rowan’s master plan…

3. …Harrison will probably be murdered
Because it’s Scandal. If there’s an opportunity to kill a character, you take it. The season ended with Tom pointing a gun at Harrison’s head. While we didn’t see him pull the trigger, after actor Columbus Short’s was arrested for domestic abuse, Shonda Rhimes said that he was getting written out of the show.

4. Things we hope will die: Huck and Quinn’s relationship
https://twitter.com/scandal_redhot/status/504415485346066432
The two were involved in a lot of weird sex and face licking in season 3. Although that might change. Before Charlie (Quinn’s murderous ex) left, he gave Quinn information about where the family Huck left behind lives. Huck has now been reunited with his wife. Is he going to play house?

5. What’s going on with Mama Pope?
Well, she was captured by Rowan — who told the president he’d kill her, but really just locked her in a hole underground.

6. Speaking of nice getaways, Olivia and Fitz aren’t going to Vermont anytime soon
Although Fitz, sure he was going to lose to Sally Langston, told Liv that he was ready to leave Mellie and start making jam with her in Vermont, things changed quickly. Olivia revealed Mellie was raped by his father. And now that Jerry has died, he can’t exactly walk out now, can he?

7. Also, Olivia literally left on a jet plane with Jake
That also might complicate the Olitz relationship. Jake asked her to save him and walk in the sun with him over and over again throughout the season, and Olivia finally said yes. She quit the company and is off to an undisclosed location. Jake quit B613 and gave David a ton of confidential filed along with the note, “go get the bad guys.”

But everyone is kind of a bad guy!

And now, on to the complex plot lines Shonda certainly has in store for season 4. Scandal premieres Thursday, Sept. 24 at 9 p.m.

The original version of this post misstated the name of the character who passed along confidential information. It was David. 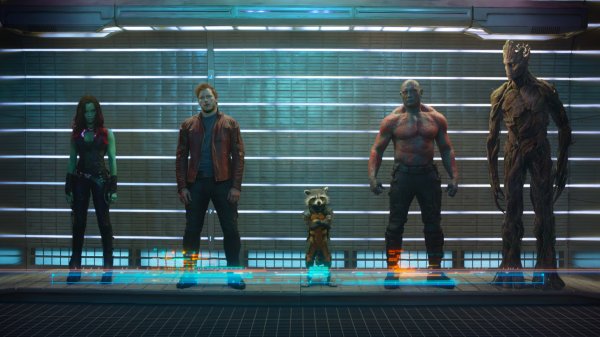 Twitter's New Ads for Movies Will Target You Based On What You Tweet About
Next Up: Editor's Pick