A video posted on the White House Instagram account showing President Obama informally salute two Marines while holding a cup has created a tempest of criticism on social media.

The president was dismounting Marine One in New York on his way to the United Nations General Assembly when he made the gesture with beverage in hand:

Incensed conservatives tweeted their disapproval at what they considered a presidential faux pas:

By Wednesday morning #LatteSalute was trending on Twitter. But the hashtag may be all wrong: The president is known to prefer tea over coffee.

Obama isn’t the first president to come under fire for an awkward salute, however: in 2001, President George W. Bush was criticized for saluting while holding his dog Barney:

President George W. Bush tries to salute the security officers at the steps of Air Force One as he holds his dog Barney, after returning from a speech to the US Conference of Mayors in Detroit, MI.
Paul J. Richards—AFP/Getty Images

The question of whether presidents should return military salutes at all is a matter of conjecture. The tradition didn’t begin until 1981, when Ronald Reagan started to return the salute, Reuters reports. At the time, military aides advised Reagan that the Commander-in-Chief returning a salute was against military protocol. But after consulting with Marine Corps commandant Gen. Robert Barrow, the two ultimately decided that as chief of the armed forces, the president was entitled to give salutes.

Some, however, still argue that presidents who have not been in the military ought not to salute at all. 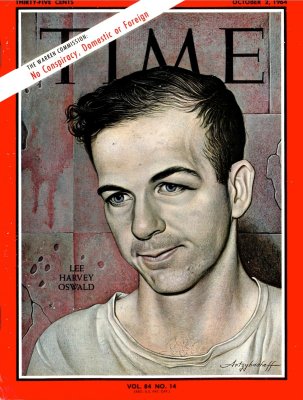 Behind the Scenes: The Complete Kennedy Assassination Story in 9 Pages
Next Up: Editor's Pick