Why 25% of Millennials Will Never Get Married

The number of Americans who have always been single and will never marry is at a historic high, says a new Pew Research report, partly because they don’t have jobs and partly because marriage is becoming less highly-regarded. Most people think it’s important for couples who intend to stay together to be married, but the number of single Americans who want to get married has dropped significantly even in the last four years.

The report, based on census data and Pew’s surveys, is the latest in a series of indicators that marriage’s stock is on a sharp downward trajectory. Fewer young people are getting married and many are getting married later. About 20% of Americans older than 25 had always been single in 2012, up from 9% in 1960. In the black community, the numbers are even starker: 36% of black Americans older than 25 have never been married, a fourfold increase from 50 years ago.

The one number that hasn’t really budged is the percentage of 64 year olds who have never been married. In 1960, it was 8% and in 2012, it was 7%. But the report’s authors Wendy Wang and Kim Parker say this might be changing. Each decade, the percentage of people of marriageable age who are single has grown. “When today’s young adults reach their mid-40s to mid-50s, a record high share (roughly 25%) is likely to have never been married,” they write. “This is not to say that adults in their mid-40s to mid-50s who still haven’t married will never marry, but our analysis suggests that the chance of getting married for the first time after age 54 is relatively small,” adds Parker.

Why aren’t people getting married anymore? The three main reasons people give for their singleness are that they haven’t found the right person (30%), aren’t financially stable enough (27%) and are not ready to settle down (22%). Many more young people are eschewing tying the knot, at least for a while, for shacking up. The researchers don’t see that as the new normal yet. “Cohabitation is much less common than marriage and cohabiting relationships are much less stable than marriages,” says Parker.”It’s hard to imagine marriage being replaced any time soon.”

But the Pew researchers teased out a bunch of other reasons by asking what people wanted in a partner.

The quality most women want in a husband, somewhat unromantically, is a secure job, followed very closely by similar ideas on raising kids, which was the quality most men wanted in a spouse. The problem is, the report points out, that young men are increasingly less likely to be employed. “In 1960, 93% of men ages 25 to 34 were in the labor force; by 2012 that share had fallen to 82%.” Those young men who are employed are not bringing home as much bacon as they once did. In fact, if you adjust for inflation, the median hourly wages of men aged 25 to 34 are a fifth less than they were in 1980.

Compounding that issue is that women have entered the labor force in much higher numbers. So while there are more men than women who are single and available, there are far fewer employed men who are single than employed women. Fifty years ago there were 139 single young men with jobs for every 100 single young women; that ratio has now dropped to 91:100. “If all never-married young women in 2012 wanted to find a young employed man who had also never been married, 9% of them would fail,” says the report, “simply because there are not enough men in the target group.”

But lest that bum all the single ladies out too much, the report points out that single young women don’t have to marry single young men: they can marry guys who are divorced, widowed or much older. Should they bother? Now that comedian Sarah Silverman has declared marriage barbaric, is it done? The Pew researchers don’t think so.

“Marriage hasn’t fallen out of favor,” says Parker, “but financial constraints and imbalances in the marriage market may be holding people back from taking the plunge.” 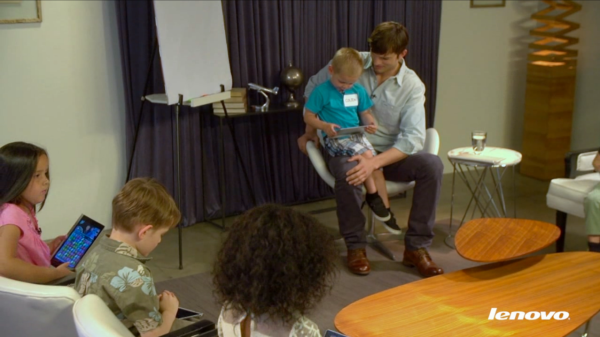 Watch Ashton Kutcher Practice His Fathering Skills in a Room Full of Kids
Next Up: Editor's Pick