Rudy Giuliani minces no words when speaking about former Panamanian military leader Manuel Noriega. When he describes the man he calls “a criminal of the worst kind,” you can hear the outrage. And when he refers to Noriega’s lawsuit against Call of Duty publisher Activision over the use of his likeness in one of the games, he repeatedly calls it “absurd.”

“Noriega is one of the worst criminals, dictators, opressors, terrorists, whatever you want to call it, of the past 30 or 40 years,” he tells me. “He’s been convicted in three countries, the U.S., France and Panama. And he’s suing a decent, good company, because he is included in a video game as a bit player.”

In July, lawyers for Noriega, currently serving a prison sentence in a Panamanian jail, sued Activision, alleging the company used Noriega’s likeness in the first-person shooter Call of Duty: Black Ops 2 in a damaging way, without his permission, and without paying him royalties.

In the game, Activision’s version of Noriega works with the CIA to apprehend a fictional Nicaraguan political activist named Raul Menendez who’s the game’s prime antagonist. But Noriega betrays his own Panamanian Defense Force and frees Menendez, only to be savagely beaten by the terrorist leader. Later, players are tasked with capturing Noriega, loosely mirroring events that transpired during the historical invasion of Panama by President George H.W. Bush in 1989, during which the real Noriega was captured.

I spoke with Giuliani–a celebrity-caliber presence himself–about the case by phone. The former mayor of New York says he views the matter above all as a question of free speech, but says it’s also about precedent-setting he calls “extremely dangerous” were Noriega to prevail. He mentions the chilling effect it might have on historical fiction, for instance, and not just the sort of drier, voluminous, fact-obsessed tomes a James Michener might write, but gonzo-revisionist stuff like Seth Grahame-Smith’s novel Abraham Lincoln, Vampire Hunter, in which the 16th U.S. president runs around staking the bloodsucking undead.

“If Noriega can do this–since video games, movies and books are considered to be exactly the same for free speech purposes, according to the Supreme Court decision in 2011 written by Justice Scalia–then Osama bin Laden’s heirs could sue the filmmakers of Zero Dark Thirty for bin Laden’s portrayal in that film,” Giuliani tells me. “Public figures, good ones, bad ones, who are included in books, movies and video games, all of these would have a right to sue.”

Here’s the rest of the interview in full.

Why did Activision contact you, specifically, to address this case publicly at this time? You obviously have a breadth of legal experience, but I’m not sure people think about you as a legal figure these days.

Well, I’ve been at Bracewell & Giuliani, that’s my law firm, and I’ve been practicing law there for nine years. So although it hasn’t gotten as much attention as some of the other things I do, I’ve been back at the practice of law now for at least nine years.

I think that I have a reputation of being a very good lawyer. I’ve argued cases in almost every court you could think of, including the United States Supreme Court. It’s an area of the law I know well. And I think also the fact that I have a background as a narcotics prosecutor is important here. I was head of the narcotics division in the United States Attorney’s office. As the Associate Attorney General, I was in charge of the Drug Enforcement Administration. I probably possess considerably more knowledge about Noriega than the vast majority of lawyers. So it’s a combination of those things. And I’d like to think they asked me because I’m a great lawyer, which I am.

You’ve been talking about this case from the free speech angle, but Noriega’s lawyers are pushing this on the basis of a principle known as “right of publicity,” which, while it varies from state to state, is supposed to afford individuals some measure of control over how they’re depicted in commercial products. You’ve had football and basketball player sue Electronic Arts over the use of their likenesses in games, for instance, resulting in a multimillions payout, and the band No Doubt sued Activision for using their likenesses in a music game and got Activision to settle out of court.

I think you’ve hit on exactly the right point, the point over which the case is going to be argued, or as we say as lawyers, “distinguishing this case from those ones.” And they are very, very distinguishable.

Remember, that’s the distinction. If the court finds that there’s been transformative use of the character, then we win under the First Amendment. In those cases, the court didn’t believe there’d been sufficient transformative use because the football players were actually shown making their football plays. The band was actually shown playing their songs. And they were principles, and the video games were marketed around them.

In this case, Noriega appears in only two of 11 segments. He is one of 45 characters. If you add up the average time the game is played, he appears for about 1% of the game. You cannot play him in the game, as you could in the other games. Most importantly, he is not found anywhere in any of the advertising for the game, he is such an insignificant bit player. When you go back and look at the reviews of this game, which is one of the most popular games in the world, there’s no mention of Noriega, he’s so unimportant. And from the standpoint of transformative use, Noriega isn’t shown doing what he actually did. Noriega is being used as a historical figure, but shown doing very different, fictionalized things, the way Lincoln was in a book like Abraham Lincoln, Vampire Hunter, which of course is a genre, not only in video games, but in movies.

Think of Forrest Gump. Forrest Gump the character is shown with Nixon, Kennedy, Bear Bryant, all kinds of famous people. None of that really happened. The more transformational the work is, the more it’s protected as free speech. And we have a complete transformation in Call of Duty: Black Ops 2, because unlike these other cases, Noriega’s shown doing things that are creative, things that a creative mind made up. That’s why free speech is so important. We want to protect people’s ability to be creative.

What about the fact that Noriega’s not a U.S. citizen? Let’s assume someone made a game where a figure like Noriega was, in fact, the principle component, maybe where you even play as him for whatever reason, and furthermore the game cares about historical verisimilitude, and then the company that makes the game markets it on that basis? What if the person portrayed, but not a U.S. citizen, sues on that basis?

I can’t think of someone who has worked harder at becoming a public person than Noriega, in the most infamous ways possible. Every one of the crimes that he committed, every one of the things he did in the U.S. and France, I mean this is about as public as a person can get. In many ways, I think the Supreme Court would say he’s lost the usual protection you would have for your right of privacy or your right to be free of publicity.

But let me be clear, that’s not our case. We don’t have to go that far, because this is a one-percenter. If this were a movie, he would be way down at the bottom of the credits. This is a guy that’s trying to extort money out of a decent company, and who the heck knows what he wants to do with it down in Panama, and who knows what you can accomplish in a Panamanian prison if you can get yourself a few million bucks.

If the suit isn’t dismissed, will you personally lead it at trial? 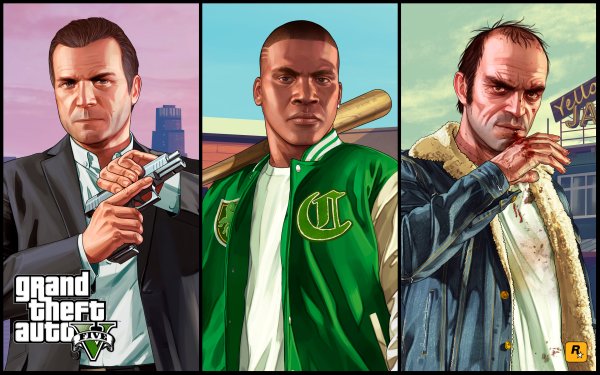 The 25 Biggest Video Games of Fall
Next Up: Editor's Pick