Why Women's Colleges Are Opening the Door for Men

Wilson College, a small women’s school in Pennsylvania, came close to shutting down once before. But a swell of opposition from staff and students in 1979 and a fundraising effort that raised $1.1 million in less than three months kept the college in business. Facing a similarly dire falloff in enrolled students and tuition revenue this year, the school turned to what it said is the only option for survival—admitting men.

One of a few dozen remaining women’s colleges in the U.S., Wilson said it can no longer afford to serve only half the population. While overall college enrollment has gone up by about 32% since 2000, enrollment at women-only colleges has fallen during that time by 29%. As a result, more women’s colleges are going co-ed. There were as many as 200 women’s colleges in 1960, according to the National Institute on Postsecondary Education. Today that number hovers around 44, as schools facing sluggish enrollment are forced to find ways to survive.

In the last two years, at least three other women’s colleges have gone coed or announced plans to. The first male students at William Peace University in Raleigh matriculated in 2012. Georgian Court University in New Jersey went co-ed last year. And Chatham University in Pittsburgh will admit men starting next fall.

At Wilson, undergraduate enrollment has been chronically low for 40 years, according to school spokesman Brian Speer. At its peak, the college enrolled 732 students, but it hasn’t had more than 338 since 1980. Last year, just under 600 applicants were offered admission—but only 100 chose to attend. That prompted the board of trustees to approve President Barbara Mistick’s plan to admit undergraduate men.

The process began last fall with undergraduate male commuter students. Male students who are living on campus arrived this fall. The shift to co-ed is part of a broader revitalization plan that also includes a 17% tuition reduction and a loan buyback program.

“This college has been trying to implement programs for 30 years to address the stagnant enrollment in the undergraduate college,” Speer said.“Those efforts have not gotten us anywhere near where we need to be.”

Not everyone is on board. Students and alumni have formed two groups to protest the change. One, Wilson College Women, is led by lawyer and 1980 graduate Gretchen Van Ness; it has 465 members on its Facebook page. Another, Wild Wilson Women, has more than 1,400 members.

Van Ness, who sat on the commission that made suggestions to Mistick, said it didn’t support coeducation as a way to boost enrollment. She accused the administration of breaking state Department of Education protocol that requires it to propose amendments to the college’s articles of incorporation and wait for approval before making changes. The college filed an application to change its charter with the state last year but didn’t wait for approval before admitting male commuter students that fall. Instead, Van Ness and others said, the college immediately advertised itself as co-ed, hired coaches for male athletic teams, and started preparing dorms for male residential students. Van Ness said this is illegal but Wilson maintains that changes to its charter in 1993 gave it permission to admit men.

“All of a sudden, Wilson’s identity as a women’s college had just disappeared,” Van Ness said.

In June, the women behind Wilson College Women were granted a hearing at the state Department of Education, where they made the case for state intervention that would block any further undergraduate coed operations at the school. The Department has not said when it will issue a ruling.

At Chatham University, the decision to admit men was much less controversial.

“It’s been a topic of conversation for 20 years. The idea was to keep the undergraduate women’s college and diversify the graduate programs,” said school spokesman Bill Campbell.

In 1992, men were invited to apply to graduate and other programs. Enrollment was temporarily boosted by the move, but it went down again in 2008.

“Less and less women are interested in women’s colleges today,” Campbell said.“Can we feasibly continue to put this much money to this mission decision?”

At Chatham, Campbell said the decision to admit men was proactive—the school relied on a February report from Standard & Poor’s that predicted the next few years to be especially tough for small, narrowly-focused colleges as an indication of trouble to come. Chatham got a low BBB- rating in the report.

Admitting men can be a financial solution for struggling schools, but it’s important for women to have a range of choices when they pick a college, said Marilyn Hammond, president of the Women’s College Coalition.

“What’s at stake is that there will be limits again to the options women have if women’s colleges don’t exist,” she said.

At Wilson, Van Ness and other opponents said they hope the state will protect that option. Van Ness was a junior and president of the student government at Wilson in 1979, when faculty and students protested the school’s closure, which was eventually blocked by a judge.

“We made history once,” Van Ness said. “As tough as it is out there in the constantly changing world of higher education, there is still a place for women’s colleges.” 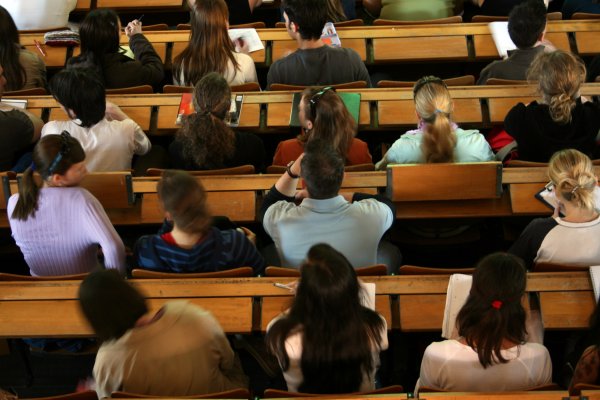 Most Financial Aid Should Go To First-Generation College Students
Next Up: Editor's Pick