An outside Republican group, Americans for Shared Prosperity, is running a new ad that compares President Obama to a bad boyfriend. The 60-second spot features a woman talking about a man she met online in 2008 with a seemingly perfect profile: “smart, handsome, charming articulate.” But since, their relationship has soured.

AFSP bashes Obama for recent NSA spying scandals and the president’s foreign policy as if they were personal transgressions. “He’s in my emails and text messages, spying on me but ignoring real threats,” the woman says. The ad goes on to critique Obamacare: “He thinks the only thing I care about is free birth control, but he won’t even let me keep my doctor.”

Some have slammed the spot for seemingly comparing Obama to an abusive partner. The woman says her relationship with “Barack” was on the rocks in 2008 but she “stuck with him because he promised he’d be better. He’s great at promises.” Critics say the ad’s language echoes too closely that of the recent #WhyIStayed movement in which domestic abuse victims explained why they remained with their abuser. Many listed false promises of change among the reasons for staying.

Others have lambasted the ad for being condescending to women by assuming they can only understand politics through the language of dating:

The ad is airing in North Carolina, where Democratic Senator Kay Hagan will has a tough reelection battle ahead of him. Head of the outside group, Californian multimillionaire John Jordan, told Politico that he was disturbed when the democrats cast Republican policy as a “war on women” in the 2012 cycle and that this ad and another one yet-to-air will push back against that notion. He says this ad was designed “to communicate with women voters in a way that outside groups and campaigns haven’t.” He added, “The purpose of this is to treat women voters more like adults.” 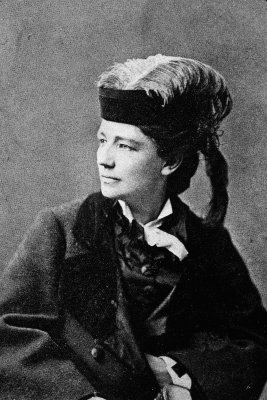 The Female Presidential Candidate You've Probably Never Heard Of
Next Up: Editor's Pick