Beats headphones are sold in an Apple store on May 9, 2014 in New York City.
Andrew Burton—Getty Images
By Alex Fitzpatrick

Today isn’t the day Beats Music died. But that’s just around the bend.

Apple issued a rare public denial Monday of a report that the company is shuttering the Beats Music streaming service, which it acquired along with the rest of Beats in a $3-billion deal earlier this year. Apple didn’t say much else, leaving the tech world guessing about the future of Beats Music—and even if Apple’s denying it will shutter Beats Music today, this week or this month, it probably will do exactly that sometime down the road.

Apple bought Beats back in May, the $3-billion price tag making Beats the cash-loaded company’s biggest-ever acquisition. Initially, the deal looked to many like it was about Beats’ best-known product: Those iconic, typically bass-heavy headphones that are more status symbol than audiophile heaven. But it was really about software: Apple’s music platform, iTunes, is built around a download model, while music fans’ preferences are quickly shifting towards streaming services like Spotify and Pandora. iTunes has a streaming service of its own in iTunes Radio, but it hasn’t taken off in a way that would satisfy Apple (remember iTunes Ping? Me neither).

Apple needed a way to catch up quick, and so it looked outside the company and found Beats, home not just to headphones but also Beats Music, a streaming service with some quarter-million paying subscribers. That’s not much compared to, say, Spotify (10 million paid users), but it was enough to signal to Apple there were some smart people working at Beats—not to mention co-founders Jimmy Iovine and Dr. Dre, who would come to Apple with some of the most loaded rolodexes in the music biz. Other big Beats brains, like CEO Ian Rogers, came to Apple as well, working on iTunes Radio.

So Apple eventually putting an end to Beats Music as a standalone streaming service makes plenty of sense: It bought Beats primarily for the talent, contacts and software, not because it wants to run two separately branded music services. No matter how much CEO Tim Cook claims to love Beats Music, what Apple will most likely do at some point down the road is something it and other tech companies do all the time: Shutter a purchased company’s service while integrating it into its pre-existing and Apple-branded software. With only a quarter-million users—well overshadowed by rivals Spotify and Pandora, who have a combined 240 million users at varying degrees of activeness—there’s just little reason to keep the Beats Music brand alive.

Ironically enough, Beats Music’s eventual death will be an echo from its own past. Beats Music was born only after Beats acquired streaming service MOG back in 2012. MOG was shut down earlier this year so Beats could focus on Beats Music, and now Beats Music faces the same fate. MOG was left on life support for a couple years, so there’s precedent for Beats Music to survive for some time —but the writing’s been on the wall since May. Expect, however, Beats headphones to stick around —they fly off the shelves in the way Apple’s own iPod once did, and it would be a mistake for Apple to mess with their success. 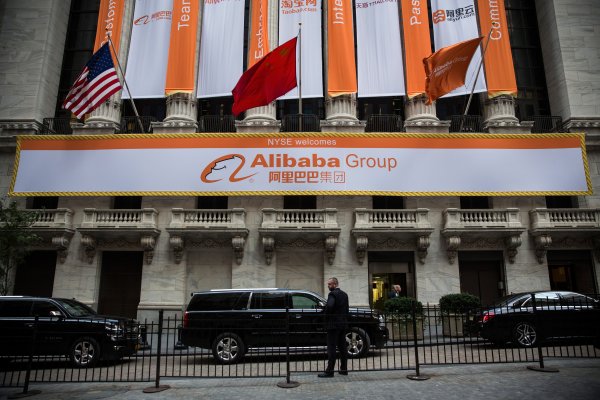 Alibaba Is Officially the Biggest IPO Ever
Next Up: Editor's Pick