See the Bizarre History of Contraception in This Fascinating PSA

Get ready to cringe.

A new PSA from EngenderHealth’s WTFP?! (Where’s The Family Planning) Campaign takes viewers on a tour through history and the myriad ways women have tried to prevent unwanted pregnancy.

Many of the methods, outlined in the video above, are unsavory at best and dangerous at worst. In ancient Egypt, women used “crocodile dung mixed with honey” for spermicide. In ancient Greece, women drank lead-riddled “blacksmith water,” which is toxic. And in the U.S. during the 1960s, women would put fizzing cola in their vagina after sex as a bizarre — and misguided — way to prevent pregnancy. (The birth control pill was introduced in the U.S. in 1960, but as TIME noted in its 50th anniversary story about the pill, “women usually had to be married to get it.”)

But the point of the video isn’t just to give us a look back on the weird ways women have tried to control their bodies. According to EngenderHealth, a New York City-based non-profit that focuses on women’s reproductive health, today more than 220 million women around the world want to use contraceptives, but can’t access them. Factors such as income, cultural and religious restrictions, lack of information and poor healthcare can all prevent women from safely and effectively preventing pregnancy.

Even in the U.S., access to birth control is not universal and measures to make it free have often been met with severe backlash. Remember Sandra Fluke?

This matters. A 2013 report by the Guttmacher Institute found that women who can control when they have children, not to mention how many they have, are more likely to fulfill their education and career goals, and earn higher wages. What’s more, access to contraception has also been linked to lower rates of maternal and infant deaths.

So if EngenderHealth’s unsettling video and campaign helps increase awareness and access to contraceptives, it’s worth cringing through. 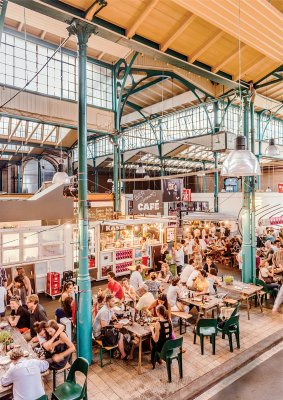 The World's 50 Greatest Dream Trips
Next Up: Editor's Pick