There Could Be 20,000 Ebola Cases by November if More Isn't Done Now

A new study by the World Health Organization released on Tuesday warned of 20,000 Ebola cases worldwide in just over a month’s time if authorities failed to ramp up efforts to combat the growing epidemic.

“We estimate that, at the current rate of increase, assuming no changes in control efforts, the cumulative number of confirmed and probable cases by November 2 will be 5,740 in Guinea, 9,890 in Liberia, and 5,000 in Sierra Leone, exceeding 20,000 cases in total,” read the report published in the New England Journal of Medicine this week.

The Ebola virus is spread primarily through exposure to body fluids of symptomatic patients. Transmission of the virus is prevented through early diagnosis, contact tracing, patient isolation and infection control along with the safe burial of those killed by Ebola.

However, the virus has primarily hit impoverished West African communities, where many of these protocols are difficult or impossible to enforce.

“If we don’t stop the epidemic very soon, this is going to turn from a disaster into a catastrophe,” Christopher Dye, a co-author of the study and director of strategy at the WHO, told reporters in Geneva. “The fear is that Ebola will become more or less a permanent feature of the human population.”

The publication of the new report comes as Sierra Leone concluded an ambitious lockdown of the country for three days by effectively asking its 6 million residents to stay at home while approximately 30,000 volunteers and health officials canvassed the country to distribute soap and instructions on how to prevent contraction of the virus.

There are currently 5,833 recorded cases of Ebola across six African nations. The disease has killed at least 2,833 people. 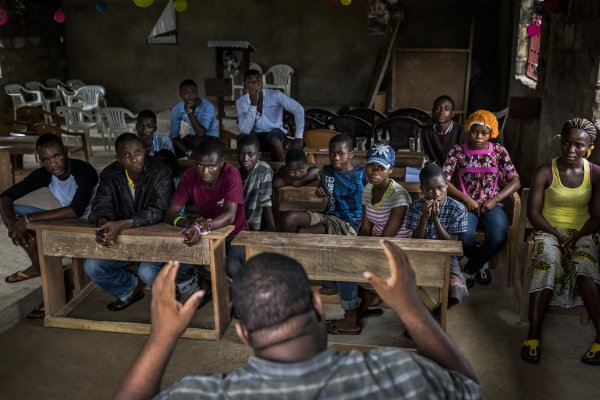 Prevention From the Pulpit
Next Up: Editor's Pick