The U.S. Treasury Department said Monday it will take steps to curb the practice of companies moving their headquarters overseas by trimming the tax benefits of those transactions — known as corporate tax inversions — and, in some cases, stopping them entirely.

“Inversion transactions erode our corporate tax base, unfairly placing a larger burden on all other taxpayers, including small businesses and hard-working Americans,” Treasury Secretary Jacob Lew said. “It’s critical that this unfair loophole be closed.”

Lew told reporters on a conference call that he believes the best way to curb a practice that is increasingly popular with corporations, which can generate millions of dollars in tax savings, is through comprehensive tax reform with anti-inversion provisions and he also urged Congress to pass new legislation to tackle the issue.

“Now that it’s clear that Congress won’t act before the lame-duck session, we’re taking initial steps that we believe will make companies think twice before undertaking an inversion to try to avoid U.S. taxes,” Lew said.

Lew announced a new set of measures meant to make inversions less appealing to U.S. companies, including by eliminating some of the ways those companies gain access to deferred earnings of foreign subsidiaries without incurring associated taxes. The Treasury will also require that owners of U.S. companies own less than 80% of a newly combined entity, thus making it more difficult for them to invert in the first place.

“These first, targeted steps make substantial progress in constraining the creative techniques used to avoid U.S. taxes, both in terms of meaningfully reducing the economic benefits of inversions after the fact, and when possible, stopping them altogether,” Lew said in a statement before adding that the “Treasury will continue to review a broad range of authorities for further anti-inversion measures as part of our continued work to close loopholes that allow some taxpayers to avoid paying their fair share.”

The Treasury’s new regulations will go into effect immediately, but will not be retroactive, meaning that they will affect any transactions that are completed after Monday, according to a senior Treasury official. “For some companies considering deals, today’s actions may mean that those transactions no longer make economic sense,” Lew said.

President Obama issued a statement applauding the actions taken Monday by Lew and the Treasury Department “to help reverse this trend.” Obama said that he has personally asked Congress “to lower our corporate tax rate, close wasteful loopholes, and simplify the tax code for everyone.”

Fortune magazine ran a cover story this summer detailing the practice of corporate inversions and the possibility of pending legislation to combat the transactions. A potential high-profile deal between Burger King and Canadian doughnuts and coffee chain Tim Horton’s, which would see the U.S. fast food company move its headquarters to the tax haven north of the border, is part of the wave of similar transactions invigorating the debate over the best way to keep U.S. companies’ tax dollars from going overseas. 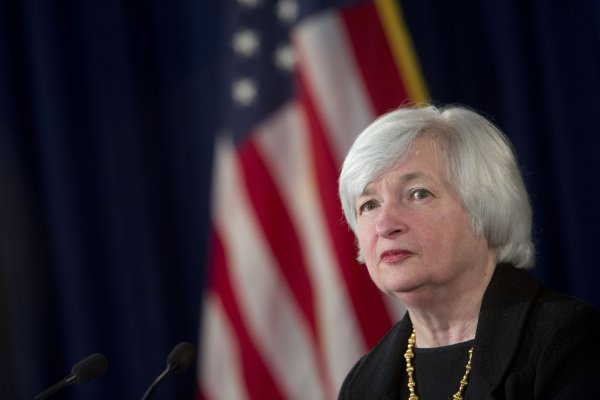 The Fed Is Staying the Course, and That's Great
Next Up: Editor's Pick