The Reason College Costs More Than You Think

The Lyceum, the oldest building on the campus of the University of Mississippi
Wesley Hitt—Getty Images
By Jon Marcus

When Alex Nichols started as a freshman at the University of Mississippi, he felt sure he’d earn his bachelor’s degree in four years. Five years later, and Nichols is back on the Oxford, Miss. campus for what he hopes is truly his final semester.

“There are a lot more students staying another semester or another year than I thought there would be when I got here,” Nichols says. “I meet people once a week who say, ‘Yes, I’m a second-year senior,’ or, ‘I’ve been here for five years.’”

They’re likely as surprised as Nichols still to be toiling away in school.

Nearly nine out of 10 freshmen think they’ll earn their bachelor’s degrees within the traditional four years, according to a nationwide survey conducted by the Higher Education Research Institute at UCLA. But the U.S. Department of Education reports that fewer than half that many actually will. And about 45 percent won’t have finished even after six years.

That means the annual cost of college, a source of so much anxiety for families and students, often overlooks the enormous additional expense of the extra time it will actually take to graduate.

“It’s a huge inconvenience,” says Nichols, whose college career has been prolonged for the common reason that he changed majors and took courses he ended up not needing. His athletic scholarship — Nichols was a middle-distance runner on the cross-country team — ran out after four years. “I had to get some financial help from my parents.”

The average added cost of just one extra year at a four-year public university is $63,718 in tuition, fees, books, and living expenses, plus lost wages each of those many students could have been earning had they finished on time, according to the advocacy group Complete College America.

A separate report by the Los Angeles-based Campaign for College Opportunity finds that the average student at a California State University campus who takes six years instead of four to earn a bachelor’s degree will spend an additional $58,000 and earn $52,900 less over their lifetimes than a student who graduates on time, for a total loss of $110,900.

“The cost of college isn’t just what students and their families pay in tuition or fees,” says Michele Siqueiros, the organization’s executive director. “It’s also about time. That’s the hidden cost of a college education.”

So hidden that most families still unknowingly plan on four years for a bachelor’s degree, says Sylvia Hurtado, director of the Higher Education Research Institute at UCLA.

Although the institute does not poll parents in its annual survey, “that high percentage of freshmen [who are confident they’ll finish in four years] is probably reflecting their parents’ expectation — ‘This is costing me a lot, so you’re going to be out in four years.’ So the students think, ‘Sure, why not?’ I don’t think the parents even initially entertain or plan for six years or some possible outcome like that.”

Yet many students almost immediately doom themselves to taking longer, since they register for fewer courses than they need to stay on track. Surveys of incoming freshmen in California and Indiana who said they expected to graduate in four years found that half signed up for fewer courses than they’d needed to meet that goal, according to a new report by the higher-education consulting firm HCM Strategists.

It’s not entirely the students’ fault.

More than half of community-college students are slowed down by having to retake subjects such as math and reading that they should have learned in high school, says Complete College America. And at some schools, budget cuts have made it difficult to register for the courses students do need to take. Two-thirds of students at one California State University campus weren’t able to get into their required courses, according to a 2010 study by the University of California’s Civil Rights Project.

Most state financial-aid programs, meanwhile, cover only four years. “They do not fund a fifth or sixth year,” says Stan Jones, president of Complete College America and a former Indiana commissioner of higher education. “And by that time the parents’ resources and the students’ resources have run out. So that fifth year is where you borrow.”

Students at the most elite colleges and universities tend not to have this problem, which means that schools with some of the highest annual tuition can turn out to be relative bargains. These schools “would have a revolt if their students had to go a fifth year,” Jones says. “But that recognition has really not hit the public sector yet, about the hidden cost of that extra year.”

Policymakers urge speeding students through remedial classes more quickly, adding more sections of required courses so students can get in when they need them, and encouraging students to take 15 credits per semester instead of the typical 12.

Change won’t come soon enough for Nichols, who is determined that it won’t take more than one extra semester to finish his degree in integrated marketing communications.

“That’s time you’re wasting,” he says, “that you could be out making money.” 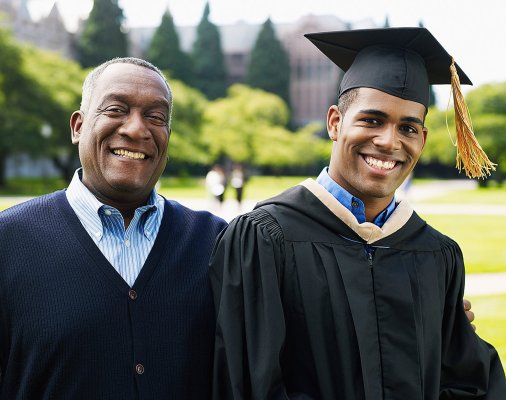 Get Your Kid to Graduate in 4 Years
Next Up: Editor's Pick