At 60, Ray Odierno may be an old soldier. But he has yet to fade away.

He’s now serving as the Army’s top officer, following three senior assignments in Iraq between 2003 and 2010. Few, if any, commanders wearing a U.S. military uniform have spent as much time as the Army’s 38th chief of staff trying to get the nation’s post-9/11 wars right.

So there he was over breakfast with reporters Friday, trying to explain the U.S. military’s effort, from the sky, to rid Iraq, and then Syria, of the jihadists belonging to the Islamic State in Iraq and Greater Syria (ISIS).

“Air strikes have slowed the advances of [ISIS],” he said. “But air strikes alone won’t defeat [ISIS]. You need a complementary ground capability that will go in and do that.” He, like other Pentagon leaders, wouldn’t rule out asking President Obama to dispatch small numbers of U.S. ground troops to the fight, even though Obama has said that will not happen. “I never rule anything out,” Odierno said.

But it’s Iraqis and Syrians who will have to do most of the fighting on the ground, he added. U.S. air strikes will only drive ISIS fighters into urban areas, where innocent civilians will serve to protect them from American bombs and missiles, he warned. It will be a challenge to ensure the U.S. and its allies only train and outfit Syrian rebels dedicated to removing ISIS. “We must be sure they are who they are,” he said, “and won’t be part of some extremist group.”

Such woes have dogged U.S. efforts in Iraq and Afghanistan for more than a decade. His recitation reminded this reporter of seeing then-Major General Odierno in Kirkuk, Iraq, in December 2003, explaining how things were going in the 4th Infantry Division he commanded. Attacks on his troops were down, and they were hot on Saddam Hussein’s tail. A week later, they pulled the fugitive former Iraqi leader from his spider hole.

But such early progress proved elusive later on in both Iraq and Afghanistan. Odierno has felt that shortfall, personally. Eight months after Saddam’s capture, Odierno’s son, Tony, an Army captain and West Point graduate like his father, lost his left arm to an RPG round that killed the driver of his Humvee. Friday’s breakfast had been delayed a month because the original date conflicted with honors for Army Major General Harold Greene. The most senior U.S. officer to die in the wars following 9/11, Greene had been killed by a member of the Afghan army, a supposed ally.

Those were low points in what has become a 13-year grind, and that threatens—despite Obama’s best intentions—to continue for years to come. Has it been worth it?

To his credit, Odierno didn’t respond with a reflexive “Yes.” The hulking, nearly 6-foot-6, bald-headed general said he has been asked the question before. That only makes his answer more credible:

So has it been worth it?

What’s surprising isn’t how little Odierno sounds a typical Army general, but how much he sounds like a typical American. 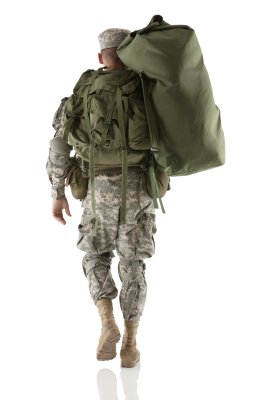 3 Afghan Soldiers Missing From Massachusetts Base
Next Up: Editor's Pick