Government Veterans to Take Fight to Extremists on Online Battleground

A group of top former government officials on Monday launched a new organization devoted to fighting global extremism, including a program that will study the digital strategy of groups like the Islamic State of Iraq and Greater Syria (ISIS) in an effort to combat their success at spreading propaganda online.

The nonpartisan group, known as the Counter Extremism Project, said one of its initial goals will be to amass data on how ISIS distributes information and recruits sympathizers on the Internet. Over time, the group will try to help the U.S. government and global partners squelch the terrorists’ organizing advantage online, where government officials have lagged behind their enemies.

“You’ve got to think of the cyber-realm as a new battlefield, and we’ve been kind of absent,” Frances Townsend, the group’s president, told TIME. “We’ve not done it very effectively.”

The swift rise of ISIS has showcased the group’s proficiency on social media, where they have used platforms like Twitter to lure foreign fighters and sow terror through both polished propaganda and crude videos, such as the beheading of American journalists and a British aid worker.

In recent months, the U.S. State Department has ramped up its efforts to neutralize ISIS’s success at recruiting on the Internet by pointing out the group’s religious hypocrisy and penchant for brutal violence. But ISIS remains a step or two ahead of counter-terrorism efforts, flitting from platform to platform and finding new ways to disseminate their brutal message.

“The U.S. government doesn’t seem … to be that nimble,” says Townsend, a former Homeland Security adviser to President George W. Bush. The group will try to “build that tactical capability to counter that and push back.”

It’s not clear how the new organization will succeed where others have failed. Townsend said the “Counter Narrative Program” will start by collecting ISIS propaganda, learning how they tailor their message to target different audiences and providing translation services so that academics, journalists and researchers can study the terrorist group’s techniques.

From there, the program will craft a counter-messaging campaign, Townsend said, which might, for example, note ISIS’s record of human-rights abuses and its record of atrocities committed against women, children and civilians. But she said that it was too early to discuss specific tactics. “We’re going to take baby steps before we can walk or run,” Townsend says.

The Counter Extremism Project is modeled after United Against Nuclear Iran, a hawkish research and policy group, and shares some of the same top advisers. In addition to Townsend, the new organization’s leadership includes Mark Wallace, a former U.S. Ambassador to the United Nations and senior adviser to Republican presidential candidates, and former Connecticut Senator Joe Lieberman.

Another key element of the group’s mission will be to research and expose the financial networks that have propped up the rise of groups like ISIS. It will have offices in New York and Brussels, plus an additional location in Europe and likely a second office in Washington. The size of the organization will hinge on its fundraising prowess.

To encourage wealthy patrons, the Counter Extremism Project is structured as a 501(c)3 nonprofit organization that will shield the identity of its donors. “As a fundraising technique,” Wallace explained at a press conference on Monday, “keeping our donors secret inspires them to give.” 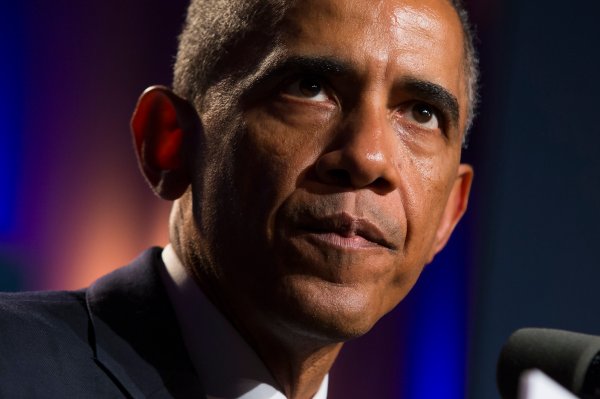