Behind the Scenes: The Complete Kennedy Assassination Story in 9 Pages

Only a week had passed since President John F. Kennedy’s assassination when his successor in the White House, Lyndon B. Johnson, appointed the Warren Commission to investigate the crime. The nation and its government wanted answers about what had happened, and the Commission was given the task of finding them, releasing their report 50 years ago Wednesday on Sept. 24, 1964.

In the form in which it was delivered to Johnson, the Warren Commission Report was 888 pages long, including photos and diagrams and, by TIME’s count, 706 pages of text.

For the reporters and writers at TIME, that length meant that efficiency was of the essence to publish a response ahead of the magazine’s weekly deadline. As recounted in the publisher’s note from the Oct. 2, 1964, issue, the staff was given a small head start:

“We worked through the night and into a second night,” recalls Marshall Loeb, now 85. “The mood was one of determination to get the story done.”

In addition to recounting the events that surrounded the assassination, the Commission’s report debunked the major conspiracy theories that had emerged in the year after that day. Lee Harvey Oswald acted alone. He and Jack Ruby had no connection. There was no foreign conspiracy, nor was there a domestic one.

But what the report lacked in scandal it made up for in detail. “Its great value comes from the thoroughness with which the Commission carried out its investigation, from its laying to rest many malignant rumors and speculations, and from its fascinating wealth of detail by which future historians can abide,” noted TIME’s story on the report.

Among those details were many that Loeb and his colleagues decided were worth highlighting for TIME’s readers. There was the clear plastic bubble that could have covered the convertible in which the President was driving, had it not been such a nice day. The fact that the plastic wasn’t actually bulletproof in the first place. The “chilling re-enactment of the assassination” that the Commission staged in order to make sure the car would have been visible from the Book Depository window. The list of characteristics of Oswald’s home life: an unusual attachment to his mother, delusions of grandeur, insistence that his wife could not smoke or drink or wear make-up. The Secret Service agents who were out drinking the night before. The failure to secure the buildings along the motorcade route.

“The Warren Commission Report piece was to be the definitive piece for TIME on the Kennedy assassination,” Loeb says, and everyone working on it knew so.

After the special issue was published, Loeb, who had first joined TIME in 1956, would end up spending 30 more years at Time Inc., retiring in 1994 from his job as managing editor of Fortune magazine. Following his retirement, he became editor of the Columbia Journalism Review. So it’s only fitting that, when he looks back on the Warren Commission Report piece, it’s with an editor’s eye that he sees the way those 36 hours of work have stood the test of 50 years.

“I think it was a well-done job — one, to focus the material and, two, picking out which areas of the report to focus on. To this very day, if someone picks up the Warren Commission Report, which is like a big book, and picks up one of our stories about the report, it will look very good,” Loeb says. “There were no huge errors discovered afterward — I mean years afterward, when there was plenty of time to examine it.”

Watch a video report on how LIFE acquired Abraham Zapruder’s film of the JFK assassination: How LIFE Brought the Zapruder Film to Light 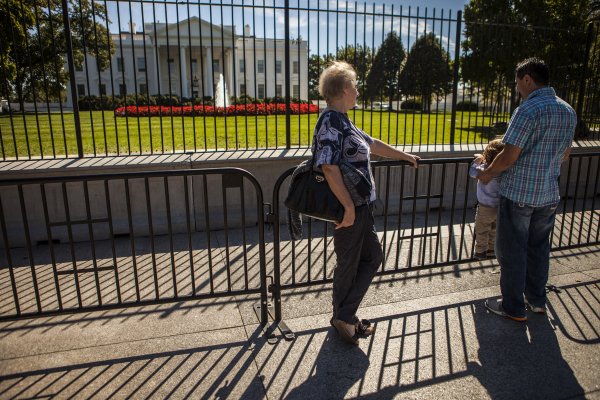 White House Gets Extra Barrier After Incident
Next Up: Editor's Pick