How Brain Waves May Be the Clue to Diagnosing Autism

Diagnosing autism as early as possible, even before the first noticeable symptoms of social and developmental delays emerge, is becoming a critical strategy for reducing the condition’s most severe symptoms. Experts have long known that children with autism process sensory information – sights and sounds in particular – in different ways than unaffected children.

In a new study published in the Journal of Autism and Developmental Disorders, Sophie Molholm, from the departments of pediatric and neuroscience at Albert Einstein College of Medicine, proposes that those differences may lay the foundation for social and communication deficits in some children later on.

Molholm and her team took electroencephalogram (EEG) readings from more than 40 children aged six years to 17 years diagnosed with autism and compared their patterns to those of unaffected children of similar age and other characteristics. All children were given either a flash cue, a beep cue or a combination of both, and asked to press a button when these stimuli occurred. A cap with 70 sensors picked up the children’s brain responses every two milliseconds during these tasks, including those that recorded how the brain first processed the sensory information.

The children with autism showed a distinctly different brain wave signature from those without the condition. Specifically, the signals in those with autism showed differences in the speed in which the sights or sounds were processed, and in how the sensory neurons recruited neighbors in more far-flung areas of the brain to register and make sense of the information. And the more abnormal this multi-processing was, the more severe the child’s autistic symptoms. “By developing this tool in the older cohort of children we can then figure out which ones are the most promising and then go test them in younger children,” says Molholm.

It’s also possible that because the children she studied were older, the differences in their EEG patterns were the result of autism, rather than a sign of changes that precede the disorder. But, she says, “If you ask me to make an educated guess, I would say these are part of autism, and they represent neuropathology related to having the disorder. It seems unlikely to me that you get autism and then develop atypical auditory processing.”

Molholm says the sample was too small to use the profile for diagnosing autism, but it could lead to such a test if the results are confirmed and repeated. To confirm the findings, scientists will have to intervene with behavioral strategies for helping the different regions of the brain work in a more coordinated way when confronted with visual and auditory cues. If that reduces autism symptoms, then EEG profiling could become one of a number of new ways that doctors can start identifying those at highest risk – however young — of developing autism. 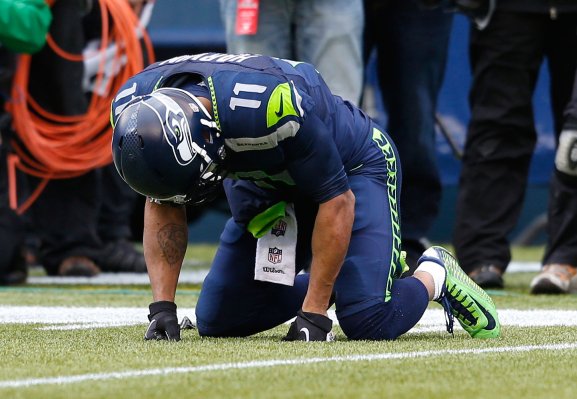 Report: 3 in 10 Ex-NFL Players Suffer From Brain Conditions
Next Up: Editor's Pick