Some Americans Fighting With Terror Groups Have Returned to the U.S., Obama Administration Says

The Obama Administration believes some Americans who have fought alongside the militant group Islamic State of Iraq and Greater Syria (ISIS) have returned to the United States, a senior Administration official said Monday.

During a briefing for reporters Monday in the ornate Eisenhower Executive Office Building on the Administration’s efforts to address the issue of so-called foreign terrorist fighters, the official said that the latest assessment from National Counterterrorism Center is that more than 100 Americans have attempted to fight in Iraq and Syria alongside ISIS, the al-Qaeda affiliated al-Nusra Front or other groups.

“It includes those who’ve gone, those who’ve tried to go, some who’ve come back and are under active—the FBI is looking at them,” the official said. “These are FBI matters, I refer you to them on specifics.”

It marked the first official government confirmation that at least some of the Americans fighting alongside the Islamist extremist group have returned to the U.S. As late as Monday morning, Secretary of State John Kerry said on MSNBC that “we have over 100 fighters there from America,” leaving out any mention of Americans who have returned.

President Barack Obama convened a meeting of his National Security Council last Wednesday to “discuss the threat posed by foreign terrorist fighters to the U.S. homeland and nations around the world and the Administration’s whole-of-government strategic response,” the White House said. Obama will chair a UN Security Council summit Wednesday on the subject, where the international body is expected to pass a resolution establishing an international legal framework for addressing the spread of foreign fighters.

Obama and other Administration officials have repeatedly warned about Americans or Europeans who have fought alongside ISIS potentially entering the United States and causing harm.

“Well, with respect to the Americans who may be engaged in combat in Iraq and Syria, this is something that our national security agencies and counterterrorism team are taking very seriously,” National Security Advisor Susan Rice said Friday. “It’s something we track closely. And we are doing obviously all that we can to both gather the necessary information and take the appropriate precautions to the greatest extent that we possibly can.”

Another official highlighted the myriad ways in which the Administration can prevent foreign fighters from returning to the U.S., including placing them on no-fly lists, adding airport screening measures and seizing their passports. But the first official would not discuss the specific measures used to keep Americans who have fought alongside ISIS from returning to the U.S. “This is worked on a case by case basis,” the official said, “I defer to the FBI.”

The official said the NCTC believes that 15,000 fighters from 80 countries have tried to fight in Iraq and Syria, including 2,000 Europeans and the more than 100 Americans. 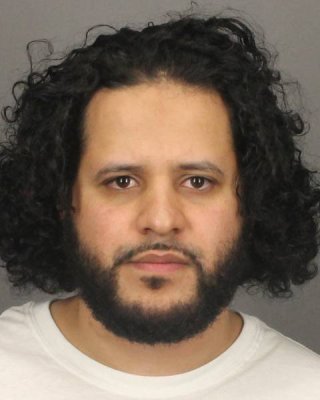 N.Y. Man Indicted on Charges of Helping ISIS
Next Up: Editor's Pick