A local news segment went up in smoke when a reporter quit her job on air after making a rather surprising announcement Sunday night. Charlo Greene, a reporter for KTVA-TV in Anchorage, Alaska, revealed that she’s the owner of the Alaska Cannabis Club, a business that connects medical marijuana cardholders in need of ganj with medical marijuana cardholders in possession of ganj.

In the above clip (which contains a bit of NSFW language) Greene says she will be dedicating all her energy toward “fighting for freedom and fairness, which begins with legalizing marijuana here in Alaska.” Then she adds, “And as for this job, well, not that I have a choice, but f–k it. I quit.”

Now we’re left with just one question: can someone really be “terminated” after saying “F–k it, I quit?”

Greene herself also took to social media on Monday to explain herself. She shared the following video on the Alaska Cannabis Club’s YouTube page to offer more insight into her decision to quit, to debunk myths about marijuana legalization and to share her passion for the cause:

Greene also created an IndieGogo page to raise money for marijuana reform and advocacy. She’s already raised around $1,500 toward her total goal of $5,000. 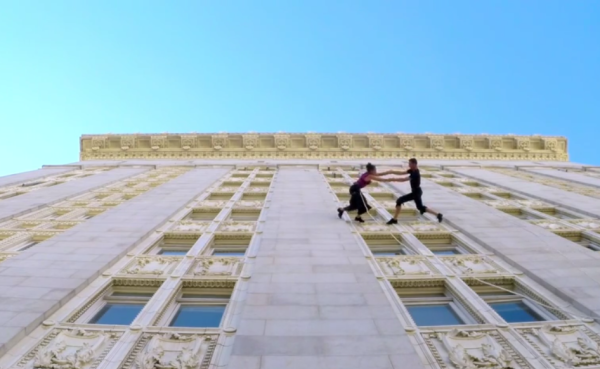 Watch Two People Casually Perform a Beautiful Dance on the Side of a Building
Next Up: Editor's Pick