Passengers from a tour bus are treated for injuries near the overturned bus at the Tybouts Corner on ramp from southbound Del. 1 to Red Lion Road in Bear, Del. on Sept. 21, 2014.
John J. Jankowski—The Wilmington News-Journal/AP
By Maya Rhodan

The bus overturned near an exit ramp in New Castle, Delaware, according to the preliminary investigation. The bus was a part of a three-day tour hosted by E World Travel and Tours that began on Friday, according to police. Passengers are being treated at several hospitals in the area, and at least a few are reportedly in critical condition. 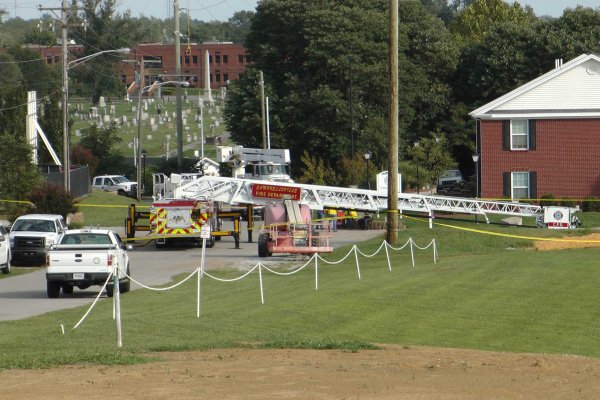