More than 100,000 people are taking to the streets of New York City on Sunday to take part in the People’s Climate March. Here’s what you need to know about the historic event:

The march is taking place ahead of Tuesday’s United Nations climate-change summit, which is convening to discuss an international carbon emissions agreement. Those marching hope their participation will put pressure on world leaders expected to attend, such as President Barack Obama, to take policy action to curb the climate change damage.

Where is this happening?

People from all over the country and North America have traveled to take part in the Manhattan event, but activism on the issue is worldwide — close to 2,700 climate-related demonstrations are in the works in more than 150 countries such as Tanzania, Germany and Colombia in addition to this march, the New York Times reports.

Dozens of environmental, labor and social justice groups. More than 1,500 organizations in total endorsed the march and pledged to participate. Key environmentalists took part, too: Bill McKibben, co-founder of 350.org and the author of 1989’s The End of Nature, one of the first major books about climate change, helped publicize the effort.

Why is it significant?

The event is believed to be the largest climate change-related demonstration in history. It may also be the loudest — demonstrators are using horns, speakers and other noise-making methods to literally sound the alarm on climate change. “It’s going to be beautiful,” McKibben told NBC News. “It’s like sounding a burglar alarm on the people who are stealing the future.”

All kinds of people. Passionate activists, concerned citizens, scientists, politicians (like Sen. Majority Leader Harry Reid), celebrities (like Mark Ruffalo and Russell Brand), non-profits, indigenous peoples groups, religious organizations and LGBT communities are just some of the participants. More than 1,400 partner organizations have signed on to participate, MSNBC reports. Even Ban Ki-moon, the Secretary-General of the United Nations, planned to attend ahead of his organization’s summit.

The original version of this story incorrectly described the march’s organizers. The event was organized by dozens of environmental, labor and social justice groups and environmentalists, one of whom is Bill McKibben. 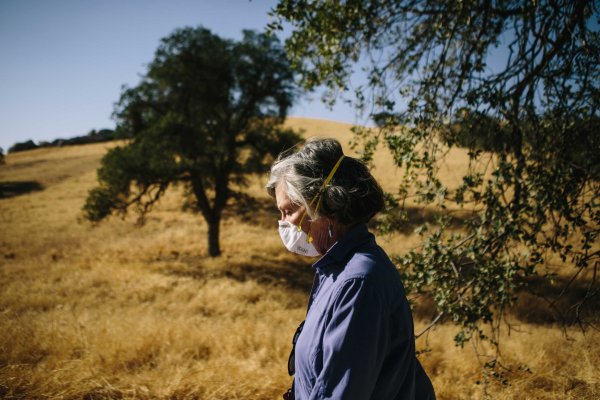 See the Worst Place to Breathe in America
Next Up: Editor's Pick