Naked photos purportedly showing Kim Kardashian and other celebrities have been posted online in the second major theft and publication of stars’ private photos this past month.

Pictures said to be of Kardashian, Vanessa Hudgens, Hayden Panettiere, Mary-Kate Olsen, Hope Solo, Kaley Cuoco and Aubrey Plaza were posted on the site 4chan and quickly spread on Reddit on Saturday, the Daily Beast reports.

Previously unseen photos of Jennifer Lawrence are also said to be included in the latest batch. According to comments in the Reddit thread devoted to discussing the photos, the latest hacking may also include photos of underage Disney stars.

A rep for Kardashian declined to comment to multiple publications. Actress Gabrielle Union released a statement about the leak, calling whoever had leaked them “vultures.”

“I can’t help but to be reminded that since the dawn of time women and children, specifically women of color, have been victimized, and the power over their own bodies taken from them,” Union said in a statement with her husband Dwyane Wade, according to TMZ. “These atrocities against women and children continue worldwide.”

The actress’s legal team is contacting the FBI to investigate the theft and publication of the photos.

The theft comes a few weeks after photos of Lawrence, Kate Upton and close to 100 others were published online in August, just before Labor Day. A rep for Lawrence confirmed that the photos belonged to the actress and called them a “flagrant violation of privacy,” saying that “authorities [had] been contacted and will prosecute anyone who posts the stolen photos of Jennifer Lawrence.” A spokesperson for singer Ariana Grande, another a purported victim of the incident, said the photos were fake.

“I think it’s a wake-up call for people to make sure they have every privacy setting,” Kardashian said of the hacking during a radio interview earlier this month. “It seems like there are a lot of people that love to spend their time hacking people’s information, and that’s just a scary thing.” 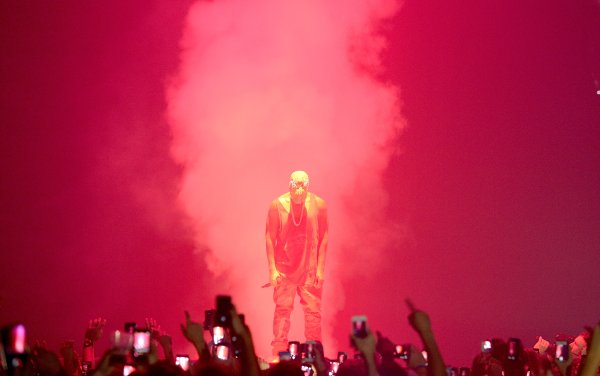 Kanye West Hits Back Over Wheelchair Gaffe in Rant
Next Up: Editor's Pick