Lockheed Martin F-22A Raptor carries out a 'Dedication Pass' as part of it's display at Joint Base Elmendorf-Richardson, Anchorage, Alaska.
Keith Draycott—FlickrVision
By Sam Frizell

The Russian planes—which included two long-range bombers and two fighter jets—looped south and returned to Russia after the U.S. jets scrambled to meet them. The Russian jets did not enter sovereign airspace of the United States, but rather entered an area that extends 200 miles out from the coastline known as the Air Defense Identification Zone.

The U.S. fighter jets were scrambled “basically to let those aircraft know that we see them, and in case of a threat, to let them know we are there to protect our sovereign airspace,” said Jazdyk. 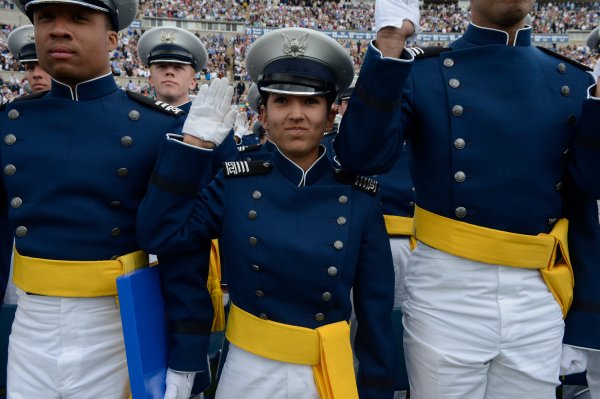 'So Help Me God' No Longer Required During Oath
Next Up: Editor's Pick